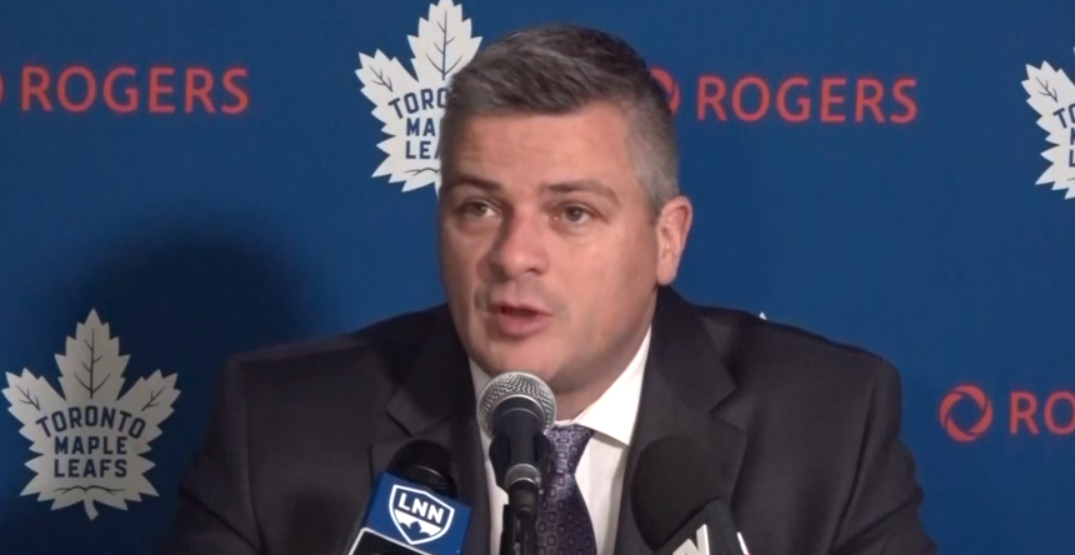 Toronto Maple Leafs fans haven’t always been known for being the loudest in the NHL — at least the ones that make it out to Scotiabank Arena.

But those in attendance for the Leafs Game 1′ 5-0 victory over the Tampa Bay Lightning in the opening round of the playoffs were doing their best to fight the stereotype.

“I was asked questions down the stretch of the regular season about how important home ice was,” Leafs coach Sheldon Keefe told reporters after the Leafs’ game one win. “I felt it would be important. I didn’t know it would be that important.”

It was the first playoff game for Keefe under a full crowd, who coached the Leafs in both the NHL’s 2020 bubble in Toronto and during last year’s empty arena season.

“In talking to some others who have been through this, our crowd — you can feel the love for this team and the excitement for this team. I thought they were outstanding tonight. Our team just didn’t look back,” Keefe added about the Leafs’ fans.

“I thought the crowd was the first star of the game” pic.twitter.com/QPprAMgAV0

The Leafs dealt with a five-minute first period penalty kill after Kyle Clifford picked up a boarding penalty that earned him a game misconduct. But Keefe loved the crowd’s response that helped the team through the major.

” I thought the crowd was the first star of the game. We had a lot of guys that were good, and I thought [the fans] carried us through that kill,” Keefe said.

While the win is a great start, Keefe isn’t resting on his laurels for Wednesday’s Game 2.

“The Tampa Bay Lightning will be a far better team when they come back in here. We are going to have to be better ourselves,” Keefe said. “We will have a look at what worked, what didn’t, make adjustments, and realize we have to keep getting better.”