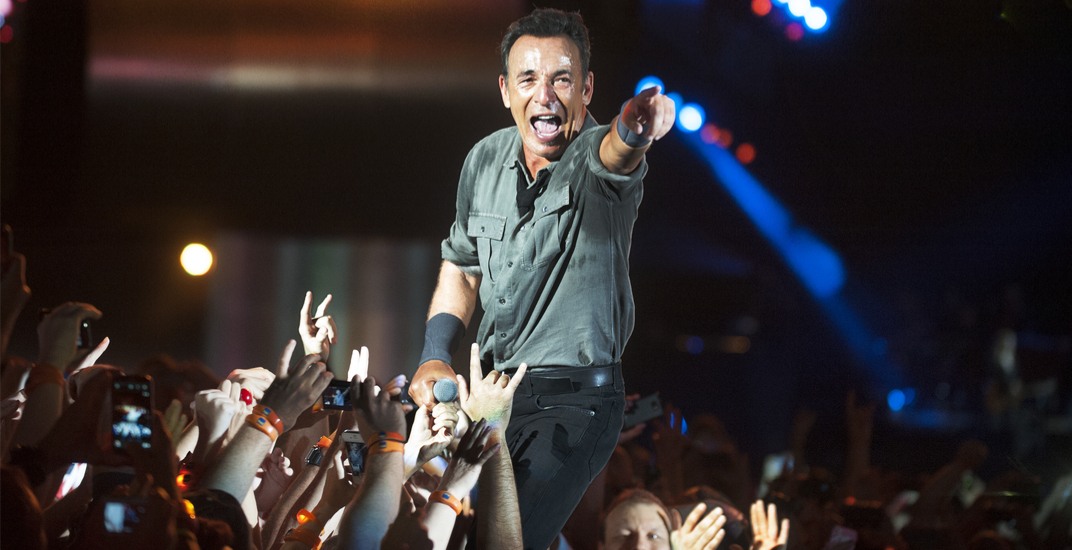 The Boss will be closing out the Invictus Games in Toronto next month.

The 2017 Closing Ceremony announced today that Bruce Springsteen’s performance will honour achievements of the 550-plus wounded, ill, and injured service members and veterans from 17 nations during the third edition of the Invictus Games on September 23.

“At the Invictus Games, it’s not just about the hurdles that competitors experienced during competition, but about overcoming the obstacles that life has presented them,” said Springsteen in a release. “The Games are a remarkable opportunity for brothers and sisters in arms to join forces and demonstrate the true strength of their spirit. It is an absolute honour and privilege to perform for them at the Closing Ceremony as a send-off to a week of competition in Toronto.”

We are thrilled to announce that the Closing Ceremony will feature a special performance by @springsteen ! #IG2017 https://t.co/1qTFltEyRN pic.twitter.com/2RfSx7b68b

The Closing Ceremony will mark the Games’ conclusion after seven days of competition, which will feature a dozen adaptive sports in state-of-the-art venues throughout the city. Toronto is playing host to competitors from 17 nations, including 90 competitors from Canada.

“Talk about closing the Games with a bang. We couldn’t be more thrilled that the iconic Bruce Springsteen is joining an already outstanding lineup of Closing Ceremony talent,” said Michael Burns, CEO, Invictus Games Toronto 2017 Organizing Committee. “We wanted to deliver memories from these Games in Toronto, and this represents the culmination of two years of planning and work.”

Mayor John Tory said that this is a great opportunity for the city, and the country.

“The much-anticipated return to Toronto by Bruce Springsteen at the closing ceremony of the Invictus Games is a wonderful tribute to the military families who we are hosting in Toronto next month,” said Tory. “The Closing Ceremony is going to be a great way to wrap up an exciting week of the Invictus Games in the city.”

Taking place from September 23 to 30, in venues across Toronto, the 2017 Invictus Games will feature adaptive sports such as wheelchair basketball, archery, swimming, athletics and, new to these Games, golf. Tickets for the Closing Ceremony start at $60 and are available through the Invictus Games Toronto 2017.

Time to get dancin’ in the dark!