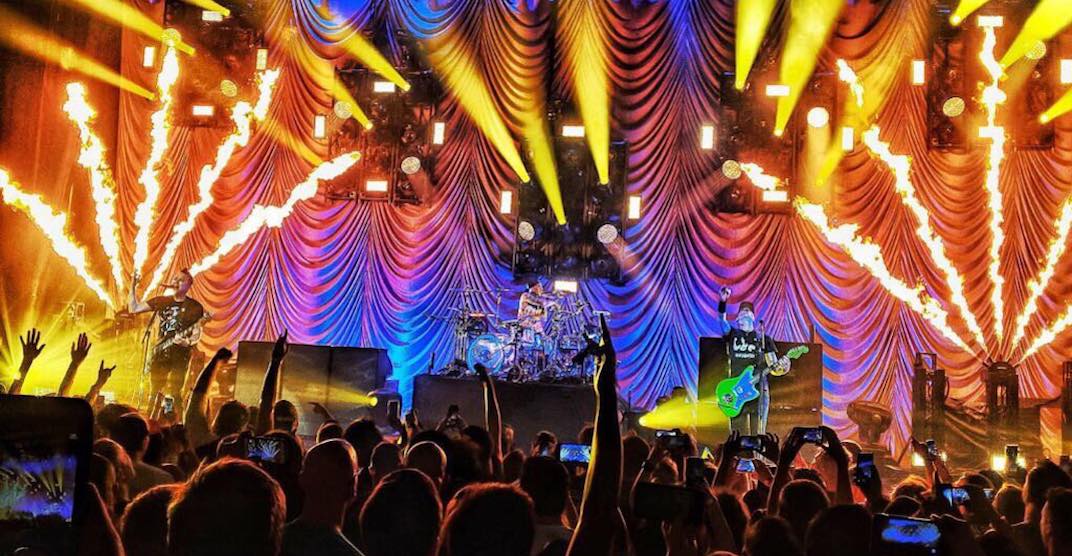 Get ready to relive your teenage angst, legendary rock trio Blink-182 is performing in Toronto this July.

Multi-platinum and Grammy-nominated band Blink-182 announced they’ll be hitting the road on tour across North America this summer.

Produced by Live Nation, the massive 38-city outing will kick off June 27 in Columbus, OH and make stops in Toronto, Atlanta, Houston, Los Angeles, and more before wrapping September 16 in Cincinnati, OH.

The tour will see the band playing indoors and outdoors in arenas and amphitheatres across the US and Canada all summer long.

Toronto fans will have the chance to see the group at Budweiser Stage on Sunday, July 7.

Special guest Neck Deep will join on all dates and Canada’s own Simple Plan will also support in Toronto.

Fans can expect a tour like no other from the band who defined the pop-punk genre over the past two decades.

They have seen incredible success in their long-lasting career with the astonishing number of awards, multi-platinum albums, and singles and #1 songs–a testament to their long-standing and loyal fan base.