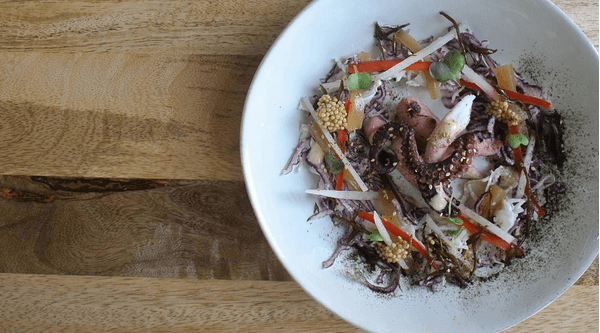 New restaurants opened at a frenetic pace in Toronto in 2016.

Here are the best new Toronto restaurants to open in 2016. 2016 was a bumpy year for restaurateur Craig Wong. He opened a Caribbean joint in Dubai in the spring, then his flagship restaurant Patois was devastated by a neighbouring fire at the onset of summer.

The opening of this Chinatown eatery caps the year off on a high note. The place is devoted to the humble dish, Hainanese chicken, and the version served here totally opened my eye forever to the possibilities of soft skin.

Not only was this smokehouse the first to prompt a wave of Texas-style BBQ throughout Toronto (also new and noteworthy: J&J Bar-B-Que, Smoke Signals, and Cherry Street), but it totally forced Toronto foodies to venture out to a desolate warehouse district in Leaside to stand in line midday.

The FOMO was real. Pit-smoked specialties including supple smoked turkey, melting slices of brisket, and snappy sausages continually sell out just hours into service each day.

Now more approachable than ever, the playful decor makes it as welcoming to first dates as it is for families.

Standouts on the menu include upscale takes on classic “red sauce” standards ranging from pizzas to the bone-in veal parm. The plump raviolo filled with spinach ricotta and a runny egg the finished in brown butter is a must, truly as seductive as it sounds.

Filipino food kind of had a moment in 2016. Not like the deliciousness of lechon kawali and chicken inasal could possibly stay secret from the mainstream much longer.

In just over a year, Toronto’s been blessed with the openings of Platito, Dolly’s, Tito Ron’s, Tinuno, and this fast-casual spin-off from the folks behind Lamesa.

Putting this restaurant ahead of the rest comes down to the eye popping decor, quick service, affordable prices, and ultimately, for me, one dish: oxtail kare kare. I could eat that stuff every day. 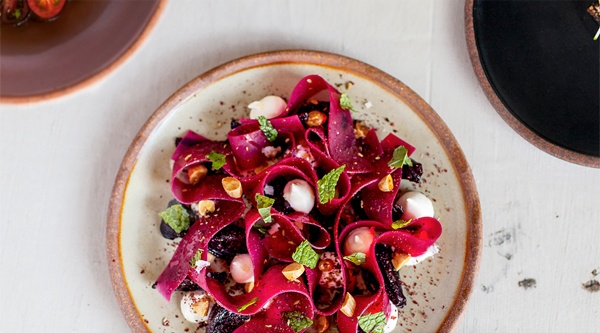 Seasonal Canadian cuisine is the focus at this intimate Queen West restaurant. Expect personal service from Adam Ashukian in the dining room, while catching glimpses of chef Jeff Kang in the open kitchen.

The menu is concise, listing just three or four options for each course. Expect beautifully composed dishes like the beet salad, beef tartare and roasted duck presentations for two.

The lively joint is home to a well-stocked bar and menu featuring traditional preparations of udon in soup, as well as fun fusions like the Tex Mex spiced oven baked udon studded with shrimp, scallops and bacon.

Vegan, plant-based, whatever you want to call it – it’s delicious.

The Yorkville restaurant is helmed by alchemist David Lee who spins fruits, vegetables, and grains into gold. The 18-carrot dog is but one example, then there’s indulgent comfort foods like truffle macaroni, French onion soup, and zucchini-quinoa tartare.

Toronto’s first dedicated cider bar might arguably belong on the list of best watering holes, only that would do the food a disservice.

Occupying a corner lot in Harbord Village, the restaurant boasts a lovely boulevard patio, and a charming farmhouse-inspired interior. Drinks-wise, let the knowledgeable staff introduce you to ciders from near and far, while the kitchen will exceed expectations with offerings like duck confit hash at brunch, and mini raclette and venison tartare in the evenings.

San CosmeMexican tortas were the new tacos in 2016.

Pan telera bread topped with griddled meats, cheese, refried beans, veggies and avocado usurped the prolific Mexican street food and became a hot new commodity in Kensington Market with the opening of this sister spot from the same folks behind Milagro Cantina.