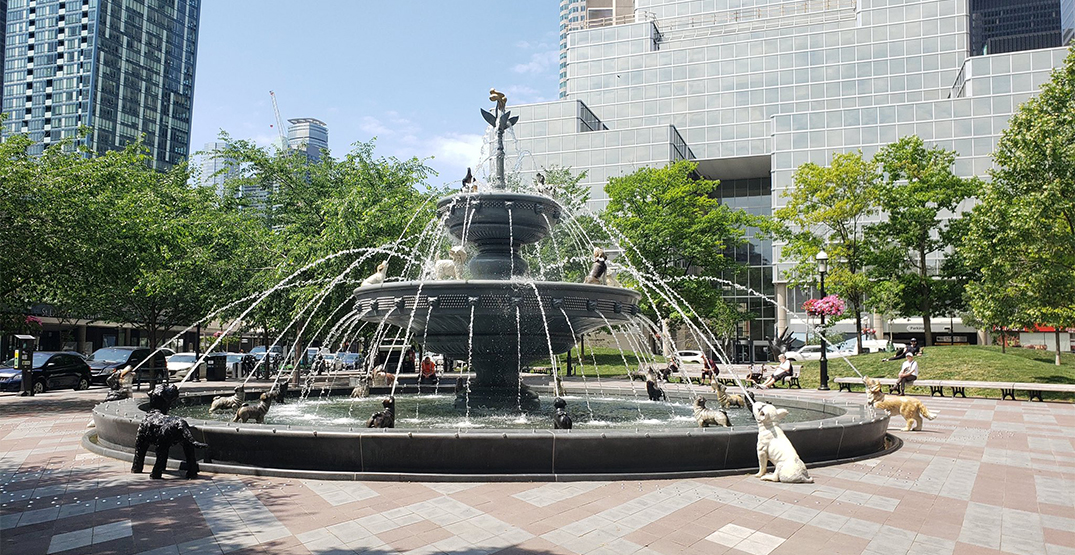 Toronto’s cutest fountain is back.

Crews have turned the water on at Berczy Park dog fountain, bringing joy to local residents.

The park behind the flatiron building between Wellington, Front, and Scott streets hosts a charming fountain featuring 27 dog sculptures and one cat. Water spews from the dogs’ mouths as they stare up at a golden bone atop the structure.

The fountain has been turned off during the pandemic, and neighbours tweeted photos of the flowing water as a sign that things might be returning to normal.

It’s a small miracle. Water is flowing at Berczy for the first time in two years. pic.twitter.com/BXmwbu8wQr

Is that a wet dog?? Yes, City crews are fine-tuning the #berczypark fountain for the season. Hopefully it will be running steadily in the coming days pic.twitter.com/bnjArux4Sn

According to the Twitter account Friends of Berczy Park, City crews worked on the fountain on June 10 and by June 11 it was flowing again.

The park is named after William Berczy, an architect who’s considered the co-founder of modern Toronto along with John Graves Simcoe, according to the City of Toronto’s website.

The park was created in 1980 and revitalized in 2015 to include a sider central plaza with a granite mosaic, wider sidewalks, and grassy sections with garden beds. The dog fountain was installed in 2017, replacing the historic centrepiece fountain.