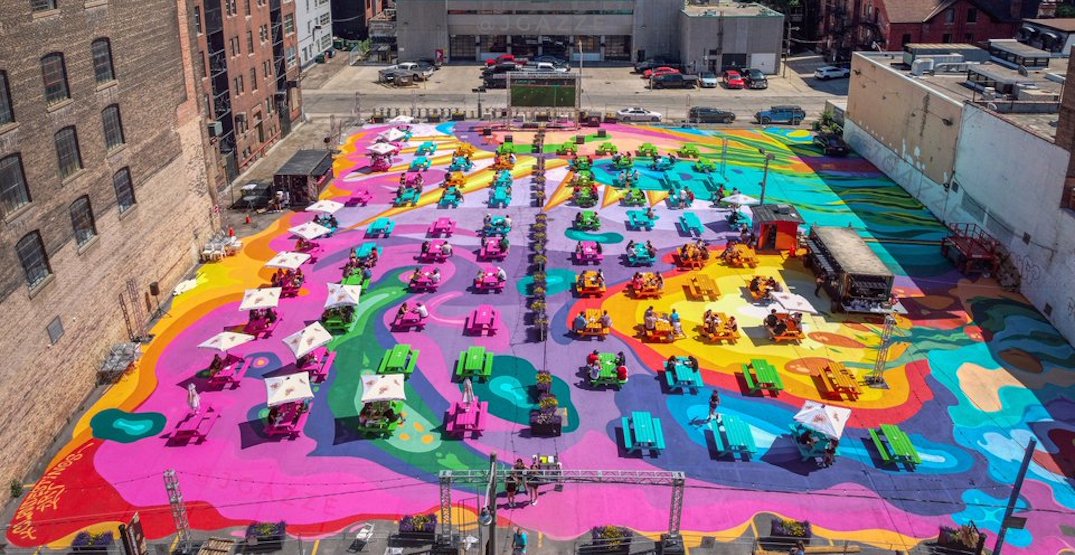 RendezViews, one of Toronto’s largest patios has teamed up with Collective Arts and transformed its space into a one-of-a-kind art experience.

According to a press release, the idea came about after Mayor John Tory called 2021 the Year of the Public Arts.

Collective Arts Brewing is based out of Hamilton and they’re known for colourful and creative labels. 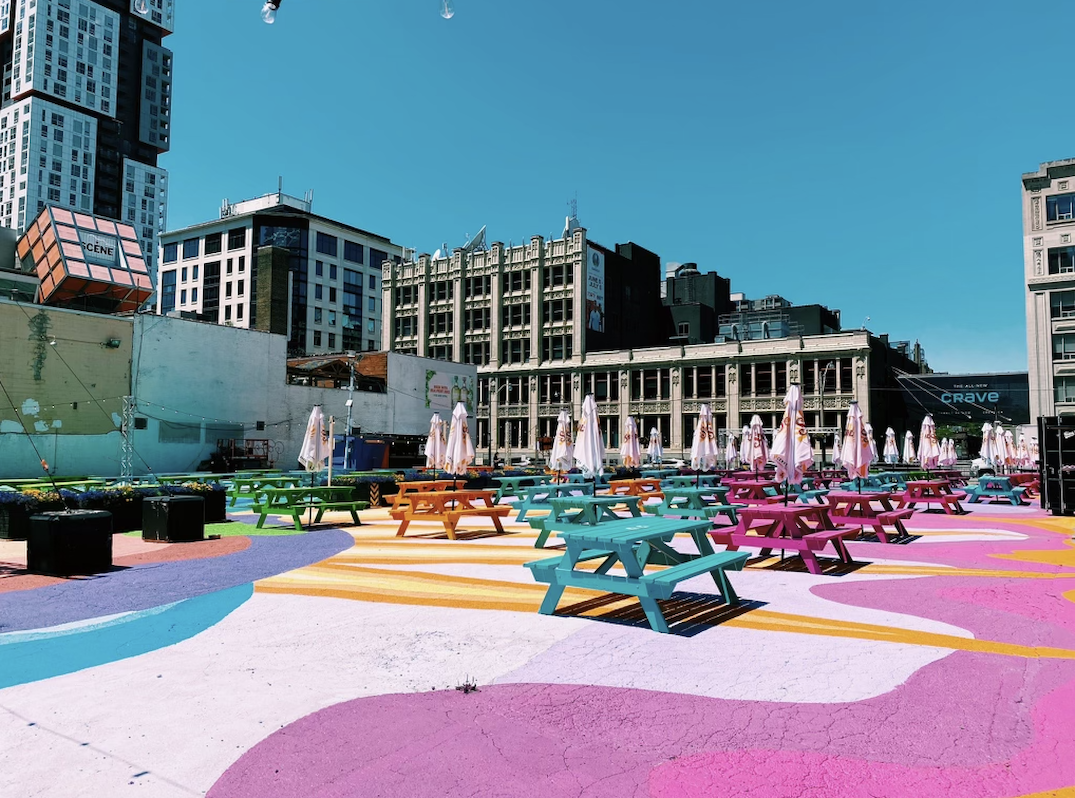 “We are thrilled to collaborate with RendezViews this summer. This is an exciting opportunity to create a space in the heart of downtown Toronto to safely celebrate summer with friends while enjoying incredible art, music, food and drinks,” Matt Johnston, Co-Founder and CEO of Collective Arts said.

RendezViews opened last year in partnership with The Fifth and The Ballroom. The space takes over a large parking lot at Richmond Street and John Street.

The spot will be taken over by two featured artists, Bruno Smoky and Shalak Attack of Clandestinos Art, as well as the adjacent mural at The Ballroom.

The picnic tables will all be painted in bright yellow, pink, green, and turquoise.

The piece is titled “Reflections” and will be a visual story of “triumph, optimism, and community growth.” 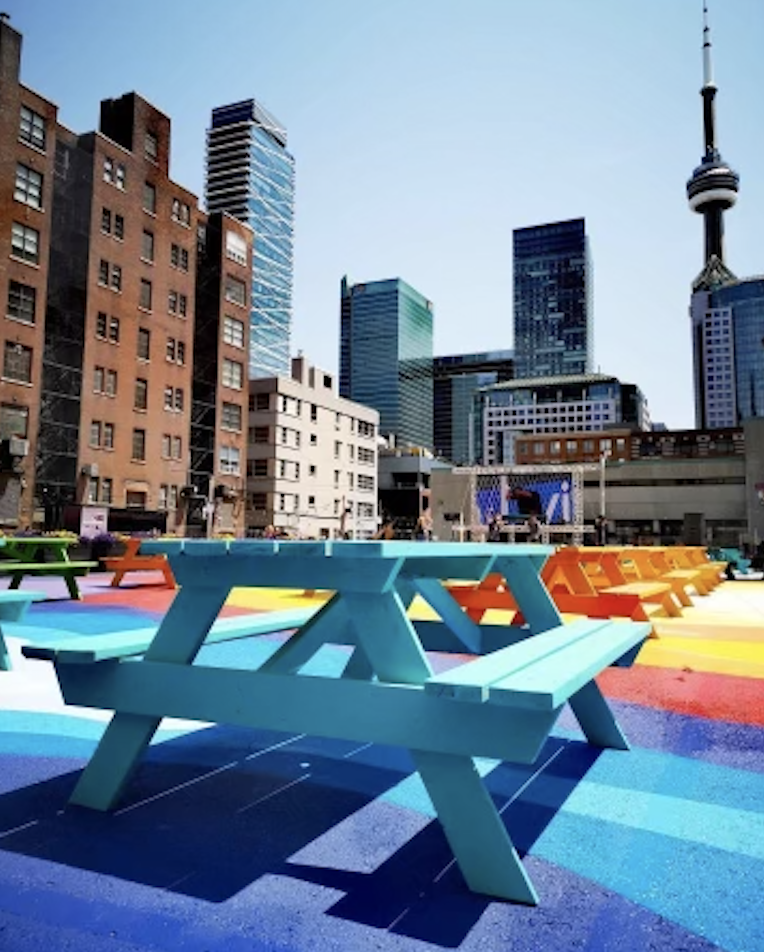 “Times have changed and Toronto wants and deserves something that meets the moment – an evolution of a destination Toronto doesn’t have but needs right now,” Barry Taylor Director of Operations, The Ballroom, said. The mural is expected to be completed by June 24.

As for patio goers heading to RendezViews, it’s the picture-perfect spot to not only get a view of the CN Tower but of the massive art piece too.