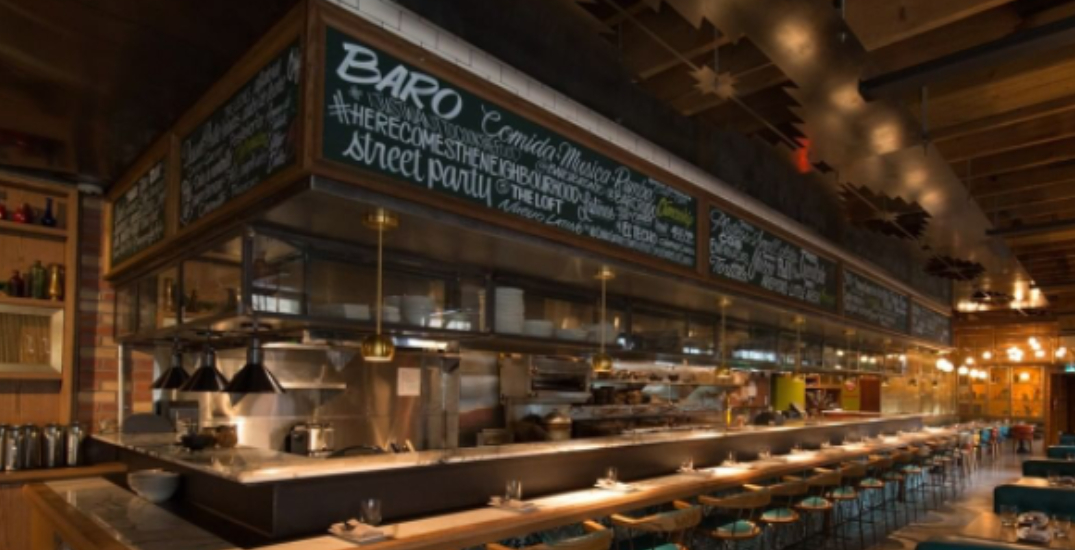 Multiple people are facing hefty fines after Toronto Police broke up a large gathering inside a downtown restaurant on Sunday.

Toronto Police told Daily Hive that officers were called to a restaurant near King Street West and Spadina Avenue around 5:45 pm on May 16.

Nine people were charged under the Emergency Management and Civil Protections Act (EMCPA), and the group was dispersed.

Although police did not name the restaurant in question, Carleton Grant. the executive director of Toronto’s Municipal Licensing and Standards office, identified it as Baro.

At a press conference on Monday, Grant confirmed that bylaw and public health officers had also been called to the King Street West restaurant over the weekend.

“Baro restaurant…is something that we continue to look at,” Grant said. “I can say that we have issued charges where an establishment is open and operating.”

When told that Baro said the gathering was held in order to familiarize staff with a new menu in preparation for reopening, Grant said “that is not what our officers found.”

“It was people eating and drinking on a patio, which sounds to me more than a staff meeting trying to get ready to get back up and running,” he noted.

According to CBC, between 20 and 25 people were in attendance at the gathering.

The Alcohol and Gaming Commission of Ontario (AGCO) said that it was “aware” of the incident and was working to gather more information on the matter.

Anyone who holds a licence to sell alcohol is “responsible for complying” with orders such as the Reopening Ontario Act (ROA), and the EMCPA, a spokesperson for the AGCO said.

“There are consequences for licence holders who do not meet licence requirements,” the spokesperson noted.

Over the weekend, Toronto Police’s dedicated COVID-19 enforcement teams responded to 327 calls for large gatherings, and laid 177 charges under the ROA and EMCPA, Grant said.

Daily Hive has contacted Baro for more information and will update this story accordingly.