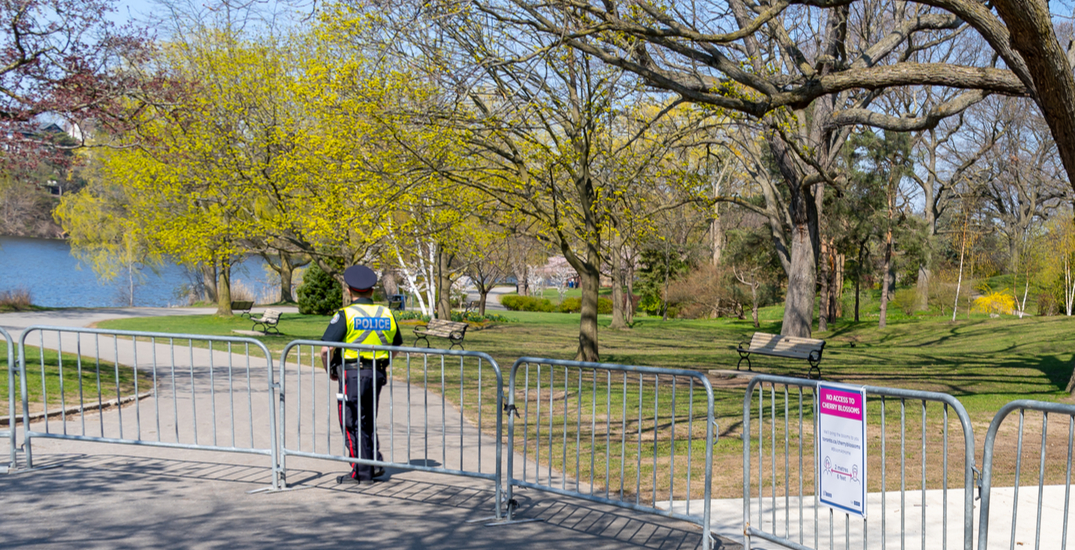 COVID-19 enforcement teams in Toronto have laid over 1,000 charges against people breaking the Stay-at-Home order in three weeks.

The Toronto Police Service’s (TPS) said that since their launch on April 22, officers from the 16 teams have broken up 1,000 gatherings, and laid a total of 1,017 provincial and criminal charges.

Between May 7 and 13, officers issued more than 403 tickets under the Emergency Management and Civil Protection Act (EMCPA) and the Reopening Ontario Act (ROA).

One incident of note from this week saw police break up a 150-person party in a downtown commercial building. Twenty-four charges were laid and $13,000 worth of alcohol seized.

“[This is] a stark number which sadly doesn’t seem to be dropping despite repeated calls for people not to socialize.”

Officers will continue to focus their enforcement on gatherings and parties being held at condos, short-term rentals, and closed bars and restaurants.

The teams have also been carrying out “proactive patrols” in areas where they’ve seen a number of previous gatherings take place, including outdoor spaces.

“With the weather set to be warm this weekend, I urge people not to risk gathering with friends and family,” Carter said.

“Our teams will be responding to calls all through the weekend and those caught breaching the rules will face a $750 ticket.”

The Government of Ontario officially extended the provincial Stay-at-Home order until at least June 2. The order, which has been in place since April 8, was set to expire on May 19.