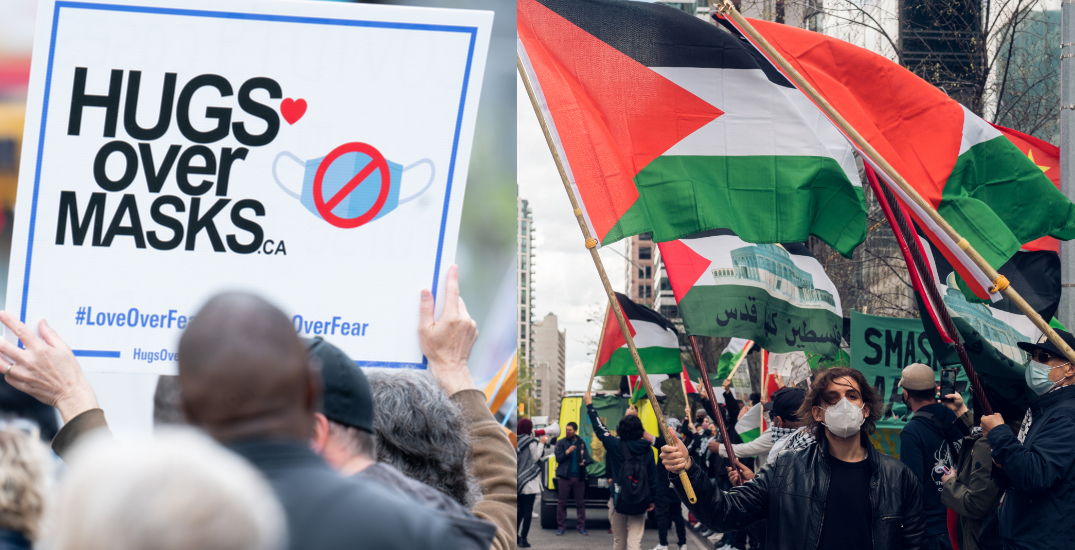 According to police, a 24-year-old Mississauga man was arrested and charged with two counts of assaulting a police officer and one count of mischief under $5,000 in connection with the demonstration at Queen’s Park.

Police said two officers received minor injuries at the protest, including one who was bitten.

Officers also charged a 22-year-old man from Thornhill with assault in connection with the protest at Nathan Phillips Square.

Additionally, a 29-year-old Toronto man was charged with bringing a weapon to a public meeting.

Police said they are “continuing to investigate” the event at Nathan Phillips Square, and that more charges may be laid against organizers and attendees in the coming days.

Officers are also investigating footage circulating on social media of a man being assaulted by several people. Police said the incident took place outside of Nathan Phillips Square.

Video shows violent clashes between pro-Palestine and pro-Israel demonstrators around the square, including one clip of a man being chased by multiple people and hit with a stick.

Police are asking anyone with information, photos, or videos of the incident to contact TPS’ 52 Division.

Mayor John Tory issued a statement on Sunday condemning the violence and noting that he had sent a video of a “particularly disturbing” incident to TPS Chief James Ramer.

“Hate, anti-Semitism and violence have no place in our city,” Tory tweeted.

“Any violence against our city’s Jewish community or members of any other community in Toronto is absolutely unacceptable.”

Hate, anti-Semitism and violence have no place in our city. Any violence against our city’s Jewish community or members of any other community in Toronto is absolutely unacceptable. pic.twitter.com/nlI9xSfC1q

Ontario is currently under a Stay-at-Home order, which prohibits indoor and outdoor gatherings except with members of the same household.