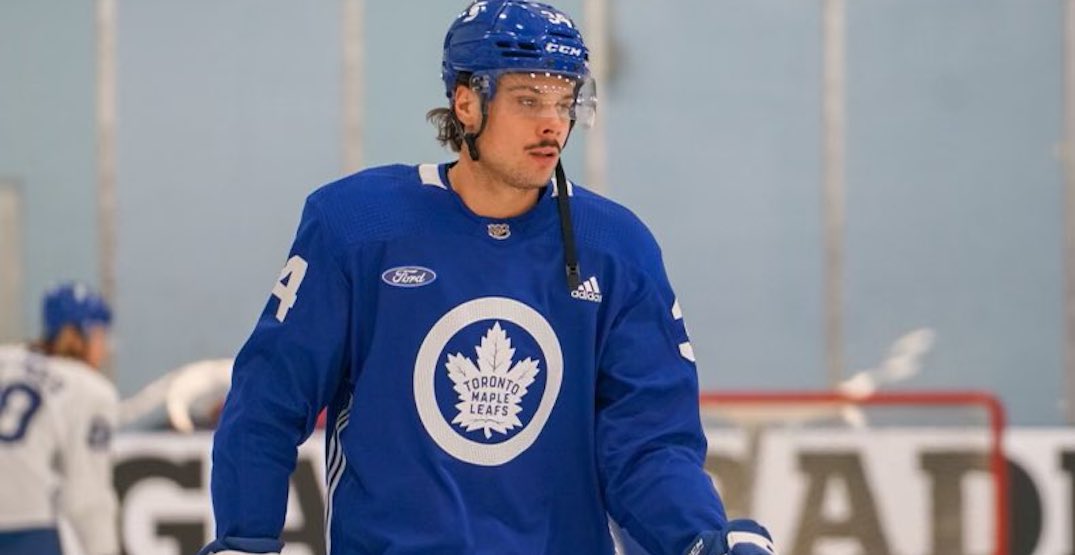 Auston Matthews is getting closer to being ready for the beginning of the Leafs season.

Nine days out from the Toronto Maple Leafs’ home opener, it’s still not quite clear whether Matthews will be ready when the Leafs take on the Montreal Canadiens on October 13.

But all signs do seem to be positive.

The 24-year-old centre underwent surgery in August for a lingering wrist injury from last season.

After returning to contract drills on Sunday, Matthews wore a red non-contact uniform on Monday.

The “non-contact” jersey was a bit of a misnomer though, as Matthews still grinded his way through some contact drills for the second day in a row.

Matthews taking part in this competitive drill and taking on some contact. pic.twitter.com/41hGD0ciHU

“He did a lot more today than we were expecting him to,” Leafs head coach Sheldon Keefe said to reporters on Sunday. “He shot the puck a lot harder today. This is the first time I saw him really leaning into one-timers, so it was very clear that he was feeling good.