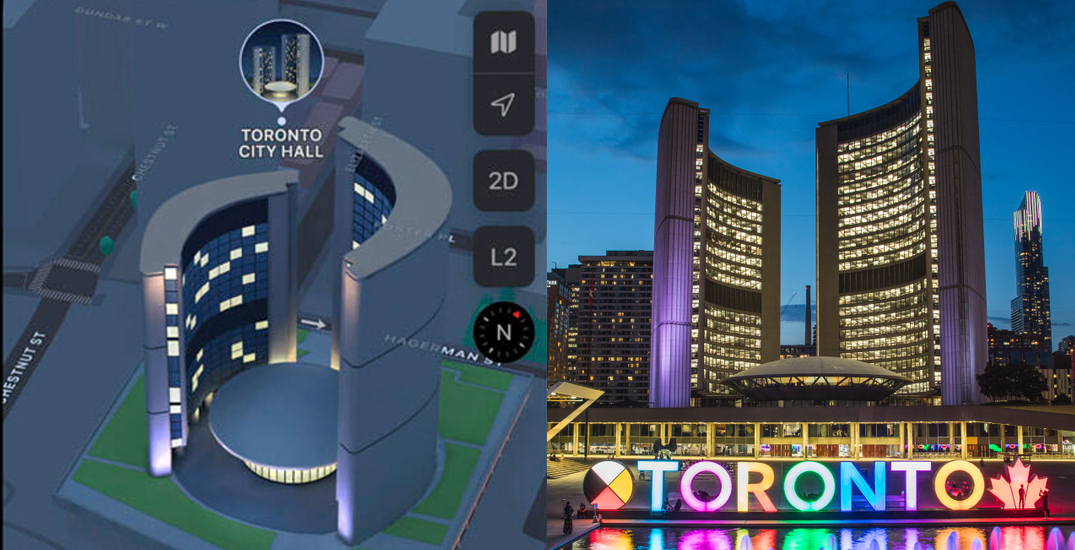 Apple Inc. has announced that they’re launching a bunch of useful and immersive features for Canadians using their Maps app.

On Thursday, Apple revealed that Maps users in Toronto, Vancouver, and Montreal will now have the option to see their city in exquisite three-dimensional detail under their new city view features.

The update is a welcome one not just for people who use CarPlay — Apple’s vehicular navigation software — but especially for explorers who love walking or cycling around the city and take public transit. And everyone gets to see their experience in augmented reality, too.

Public transit users will get an updated and improved transit map as well. All nearby stations will be arranged on top of your screen, and you can even mark your favourite subway line. If there’s a transit outage, you’ll get real-time updates on your device (including your Apple Watch) so you can deal with it the best way possible.

Plus, there’s a new nighttime mode with a “moonlit glow” that activates at sundown. Road markings, land cover, trees, elevation, and public transit routes will all be visible in better detail than ever before. 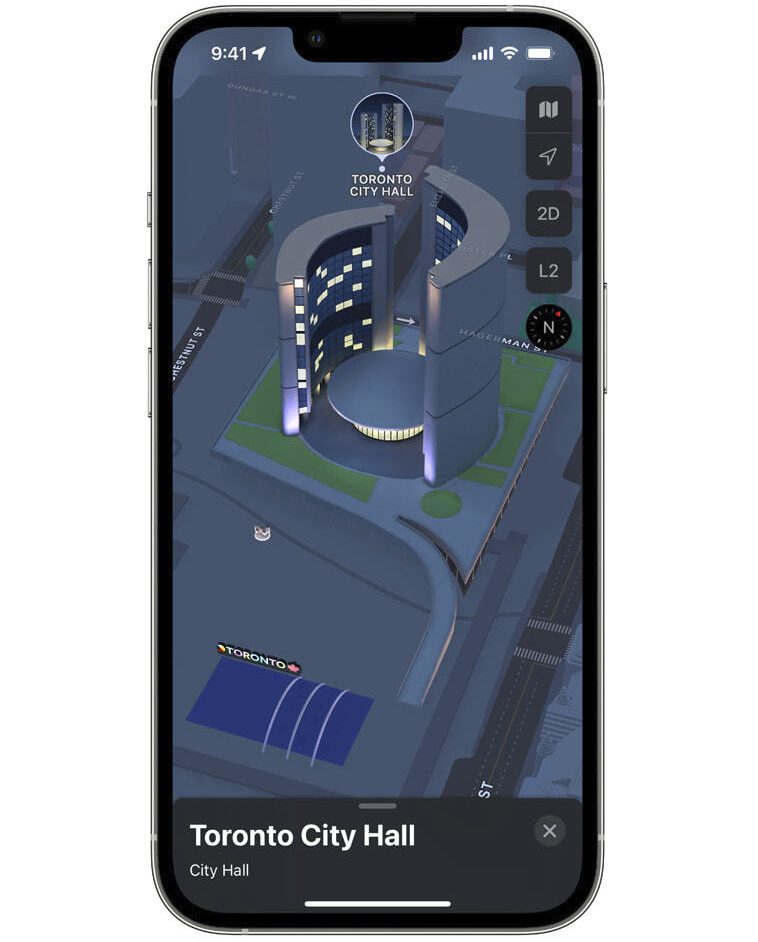 The augmented reality feature for drivers is called “windshield view” and is now available to CarPlay users in the city.

If you have iOS 15, Maps also offers an interactive 3D “globe” experience. “The globe shows Earth’s natural beauty with amazing textures and contours,” said Apple in a press release sent to Daily Hive.

“Users can see vibrant details of mountain ranges, deserts, rainforests, oceans, and more.” And yes, that applies to more remote and ordinarily inaccessible locations, too.

If you cycle everywhere, new cycling directions are also available to make your trips not only breezier but also safer. These directions show the elevation of your ride, any ramps or stairs on your route, and how busy the street you’re looking to approach is.

One of our personal favourite new features has got to be Apple’s all new indoor maps. Whether you’re at the airport or at the mall, you won’t have to look for a big mall map screen to figure out which floor a store is on.

Indoor Maps allows you to look for restrooms, shops, restaurants, and pretty much everything near you, and also lets you know if the establishments are open or closed.

The update will also be available in other cities around the world, including London, LA, New York, Philadelphia, San Diego, San Francisco, and Washington, DC.