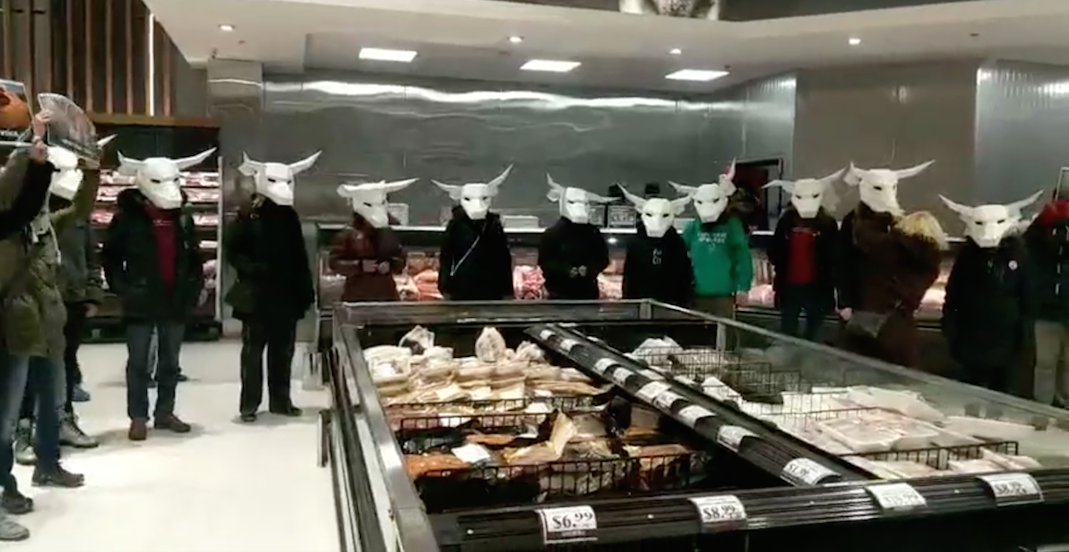 Grocery shoppers were in for a shock when dozens of vegan activists flooded the aisles of a Stockyards District supermarket in Toronto this weekend while protesting a nearby slaughterhouse.

Ryding Regency Meat Packers has been under fire over the past few years for its alleged inhumane treatment of animals that includes skinning cows alive. Currently, over 180,000 have signed a petition calling for it to be shut down.

Note: This video features graphic content that may be disturbing to viewers

Following the protest at Nations Experience, the animal rights activists headed to Ryding Regency Meat Packers on Glen Scarlett Road, which is located just steps away from the grocery store.

Once at Regency, protestors began setting off smoke bombs and repeatedly chanting “human slaughter is a lie, cows are being skinned alive,” while onlookers and vehicles stopped to watch.

Once the powerful actions concluded, a spokesperson for Direct Action Everywhere Toronto said, “we’re going to continue to take action against slaughterhouses all across the world. ”