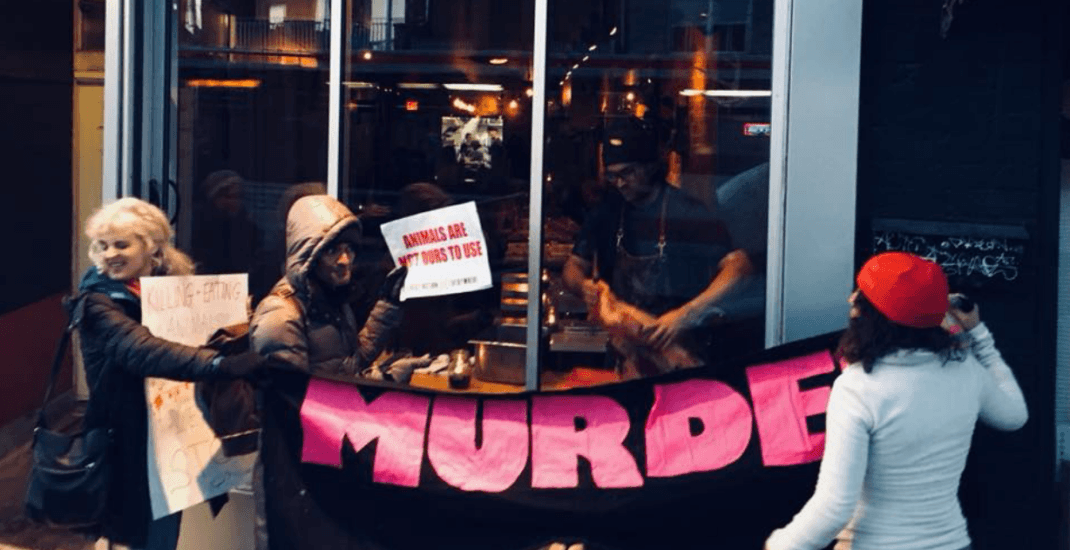 Recent protests by animal activists outside Toronto Antler Kitchen & Bar have peaked international interest following an incident where Chef Michael Hunter butchered and later proceeded to eat a cut of meat in the window of the Dundas West restaurant.

Online, the response has been predominately positive in favour of the chef and the restaurant’s Facebook page have been flooded with comments promising patronage from meat-eaters near and far.

Quick trip into Toronto last night to show support for good friend and fellow outdoorsman @thehunterchef. Michael’s restaurant @antlerkitchenbar has recently become a target for vegan protestors in Toronto due to their menu selections and I challenge any and all local hunters to book reservations now to show support. I would recommend this restaurant regardless of the situation but the recent protests are even more motivation to spread the word!! #ProudHunter #MeatEater

“…Your response to the protest was epic, and I advertised your restaurant to thousands of individuals. I wish you the best success,” writes one user.

“Your [sic] doing the work of a hero buddy,” writes another. 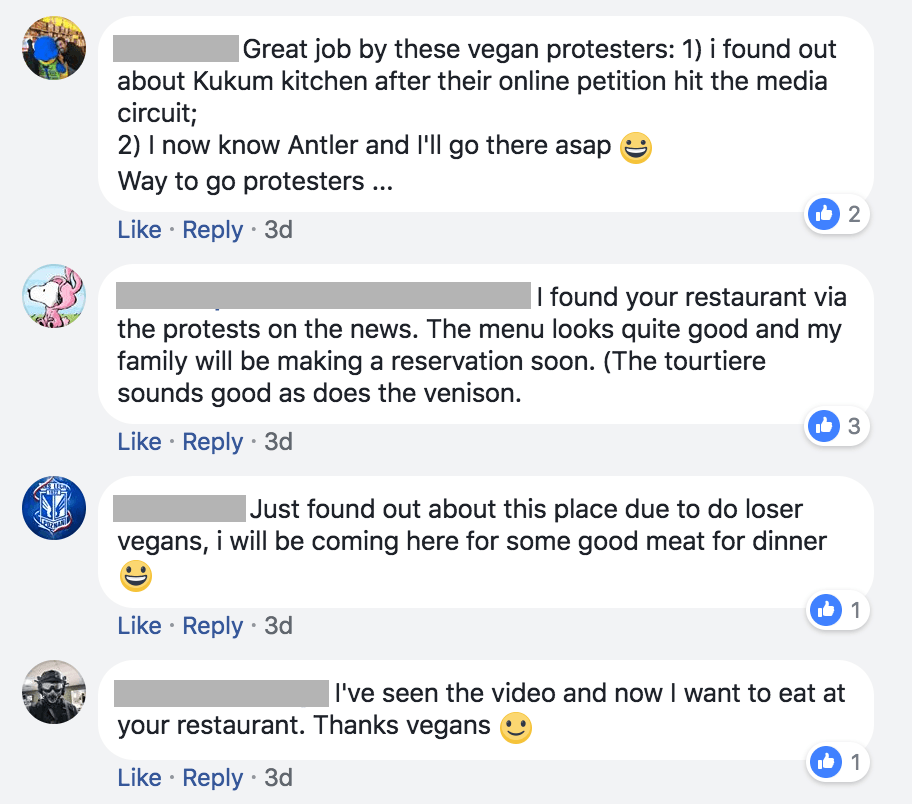 The positive response in favour of the restaurant hasn’t deterred activists from planning yet another protest outside the independent business on Dundas West. Slated to take place tonight, April 5, an event listed on Animal Rights Toronto  is titled an “Education on Speciesm [sic].” 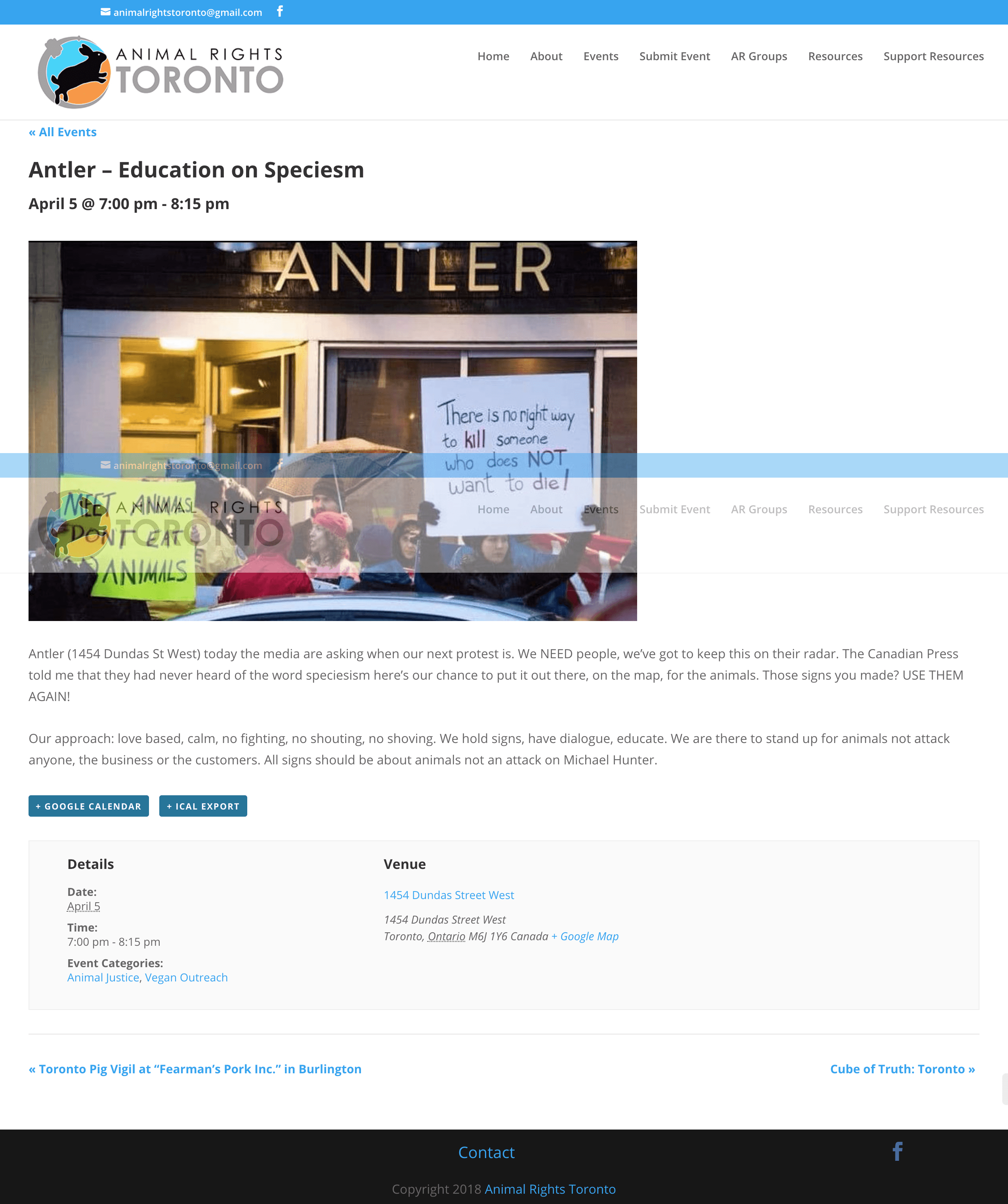 While the intent might be to educate the public on speciesism, described by Wikipedia as a term “sometimes used by animal rights advocates, who argue that speciesism is a prejudice similar to racism or sexism, in that the treatment of individuals is predicated on group membership and morally irrelevant physical differences,” it would seem that so far, the protest has only help positively affect the restaurant’s brand recognition.

Reservations for peak dining periods are full for a month out right now according to Antler’s online reservation system.