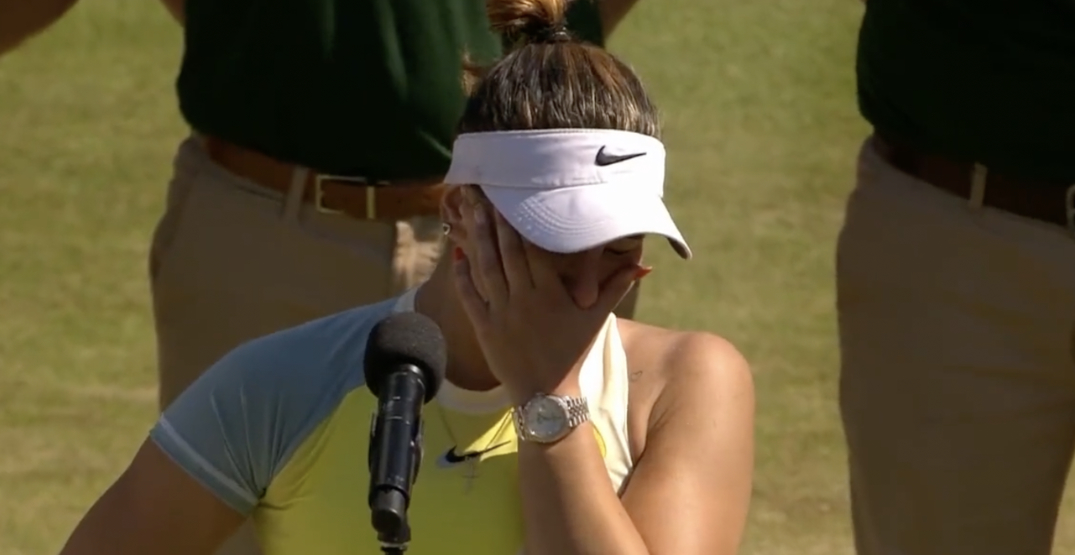 Canadian tennis star Bianca Andreescu was emotional in thanking her support team after finishing as the runner-up in Bad Homburg Open final on Saturday.

Andreescu lost 6-7 (5), 6-4, 6-4 to France’s Caroline Garcia in her first finals appearance in over a year. She took time away from the game for a physical and mental break from tennis after the Indian Wells tournament in October 2021.

“My team…I wouldn’t be here without you guys, all the support you’ve given me,” she said in an address to the crowd after her first ever grass-court final. “You guys stuck with me through the toughest moments and that’s all anyone could ever ask for, so thank you.”

She opened up about her mental health struggle in her return match in April.

“I was struggling a lot mentally. I just wasn’t enjoying myself out there,” Andreescu said in a post-match interview following her return. “I really identified myself too much with the sport. Whenever I lost, it sounds a bit dramatic, but I hated myself. If I won, I loved myself. It was kind of like that.

“Before, when I was playing, when I won, or if I lost, I was just super happy to be on court. That’s kind of the mentality I want to keep going this year. I feel like if I keep having the right mindset, just going out there, enjoying myself, preparing the best way that I can and just giving my all, I think the results will come.”

Since winning her first Grand Slam title at the US Open in 2019 and peaking at the No. 4 seed on the WTA tour, Andreescu has battled a range of injuries. She climbed to No. 56 after falling to No. 121 three months ago.

Andreescu, who released a book in May aimed to help kids deal with their mental health titled Bibi’s Got Game: A Story About Tennis, will now turn her focus on Wimbledon next week.

The 22-year-old will face American qualifier Emina Bektas in the first round.

“I’m very happy,” she said Saturday. “It’s been a couple rough years but I’m putting into the work. Onto the next. I’m excited for Wimbledon now.”