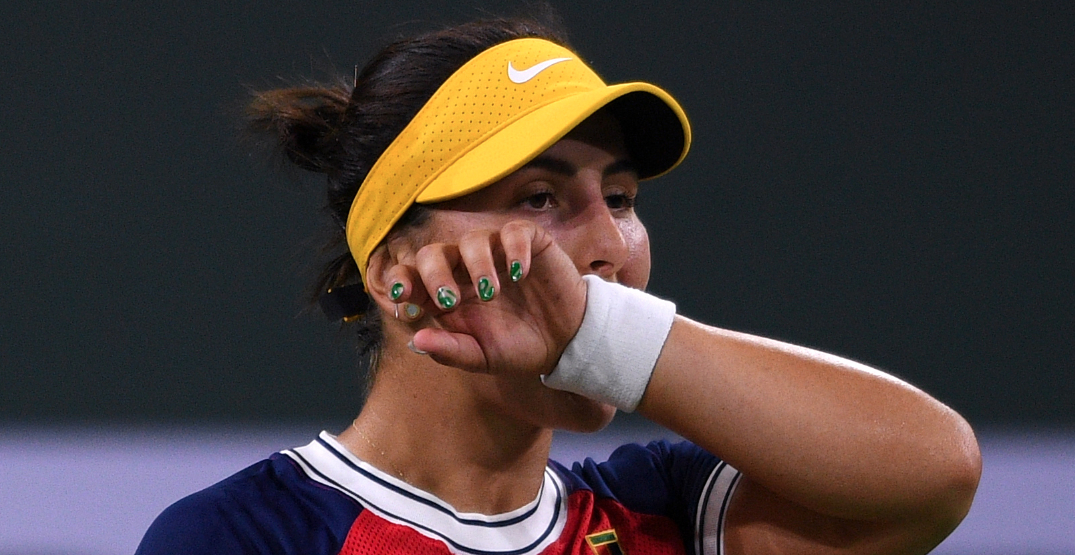 Bianca Andreescu plans to participate in the National Bank Open after struggling with a back injury in her first-round loss at the Mubadala Silicon Valley Classic on Tuesday.

“Hi everyone! Yesterday was a tough match for me in San Jose,” she wrote in an Instagram story on Wednesday. “I felt some discomfort in my back but I am now on my way back to Toronto to rest a bit and get ready to play next week on Tuesday night. Can’t wait to see you all out there!!”

She underwent an MRI following her match, according to WTA Insider.

Bianca Andreescu in tears during a changeover having taken a medical timeout earlier. Trailing 6-4 to Shelby Rogers and had her serve broken in the second set here at the Silicon Valley Classic in San Jose. Continuing to play.

Bianca is scheduled to play in Toronto next week.

The tournament will be held at Sobeys Stadium in Toronto from August 6 to 14.

She will help anchor a star-studded cast of players that includes Serena Williams and fellow Canadian Leylah Annie Fernandez, as well as world No. 1 Iga Swiatek, No. 2-ranked Anett Kontaveit, and Wimbledon winner Elena Rybakina.

Venus Williams was also recently announced as a recipient of a wild card into the main draw into the tournament last month.

The men’s tournament, held in Montreal at IGA Stadium from August 5 to 14, will feature Rafael Nadal, Daniil Medvedev, and Canadians Félix Auger-Aliassime and Denis Shapovalov, among others.

Andreescu, from Mississauga, returned to tennis in April after taking half a year away from the sport for a physical and mental break and made her first finals appearance in over a year at the Bad Homburg Open in June.

She has a career-high ranking of No. 4 in the world and is the highest-ranked Canadian in the history of the WTA. The 22-year-old was as low as No. 121 in mid-April and currently ranks at No. 54.