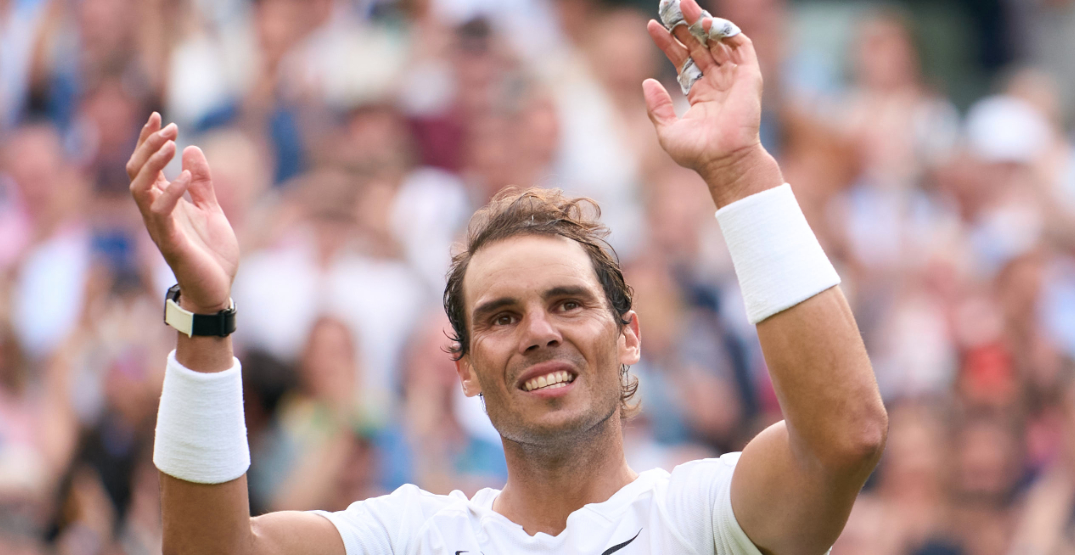 After a three-year hiatus, the National Bank Open is returning with a star-studded lineup that features Rafael Nadal, Daniil Medvedev, and Canadians Félix Auger-Aliassime and Denis Shapovalov back on the courts in Montreal.

The tournament is set for IGA Stadium from August 5 to 14.

Nadal, who holds the men’s all-time record of 22 Grand Slam titles, owns five Canadian crowns and is the current titleholder of the men’s event. He can match Ivan Lendl’s record of six Canadian Open titles, set in 1989, with another win.

He is currently the No. 3-ranked player in the world.

Medvedev, No. 1, is also participating, as is the No. 2-ranked Alexander Zverev of Germany.

Check out the official entry list presented by @bmwcanada for the #NBO22: 👀⬇️https://t.co/iQdKkDYAt8

“We are very excited to announce the Player List for the 2022 National Bank Open presented by Rogers,” Eugene Lapierre, Tournament Director of the National Bank Open in Montreal, said in a release. “In addition to this fantastic draw, our tournament will finally be returning to full capacity with a sensational program for everyone, from the young to the young at heart.

“Personally, I’m really looking forward to it, and I am far from the only one, judging by the sales that promise to be a record high. The Open will be the must-see event of the summer.”

Shapovalov upset Nadal at the event in 2017 to reach the semifinal.

Novak Djokovic, who was crowned Wimbledon champion after beating Nick Kyrgios 4-6, 6-3, 6-4, 7-6 (7-3) on Sunday, is also among the list of participants. He trails Nadal by one for the most in men’s tennis history.

The women’s lineup was also announced Thursday, and will feature Serena Williams, No. 1 Iga Swiatek, No. 2-ranked Anett Kontaveit, and Wimbledon winner Elena Rybakina alongside Canadians Leylah Annie Fernandez and Bianca Andreescu on the courts at Sobeys Stadium from August 6 to 14.

Sportsnet will provide English-language coverage of the 2022 National Bank Open, and TVA Sports is the official French-language broadcaster.