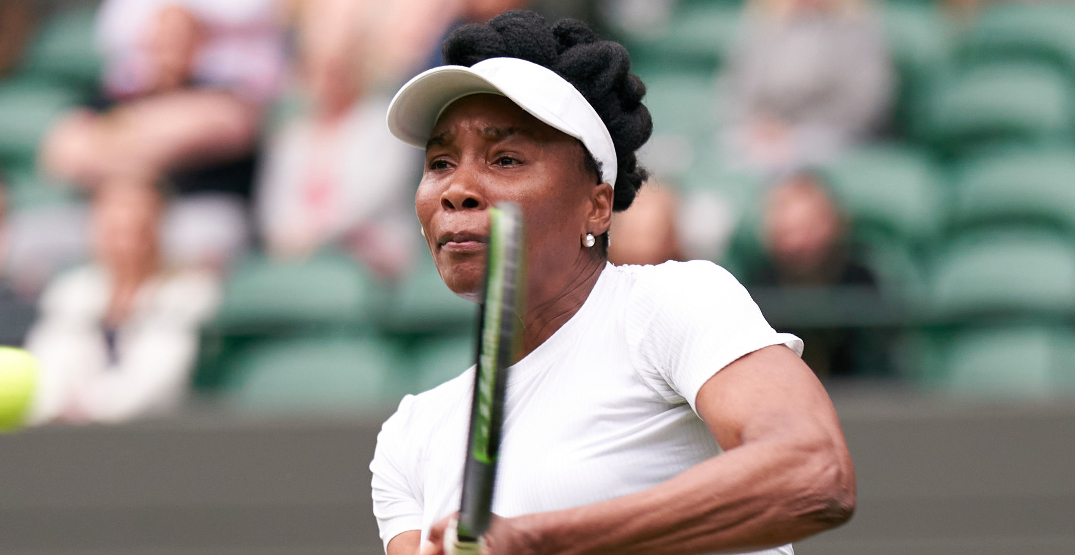 Venus Williams is coming to Toronto.

Williams, a seven-time Grand Slam champion, was announced Wednesday as a recipient of a wild card into the main draw of the National Bank Open in Toronto next month.

“I’m so excited to be back playing the National Bank Open presented by Rogers,” said Williams, a former World No. 1 and five-time Wimbledon champion. “I love the city, the tournament, and I look forward to being back in Toronto.”

She’ll join a star-studded cast set to compete at Sobeys Stadium from August 6 to 14.

In all, 41 of the top 43-ranked players on the WTA Tour are on the entry list, including two-time Roland-Garros champion and world No. 1 Iga Swiatek, No. 2-ranked Anett Kontaveit, and Wimbledon winner Elena Rybakina.

“We are thrilled to have both Venus and Serena playing the National Bank Open presented by Rogers this year,” said Toronto Tournament Director Karl Hale. “They have meant a great deal to our sport and having them at a tournament really puts a spark in everyone from the fans, tournament staff, and even the other players. They’re two of the greatest players in history and we look forward to hosting them in Toronto.”

She’s won 41 titles and an Olympic gold medal in her tennis career.

Her top-20 wild card spot is reserved for players who have previously been ranked No. 1 in the world, who were ranked in the top-20 in 2021 or who have won a Grand Slam title, a WTA Finals title, or a WTA 1000 tournament during their career.

Venus is the second to receive a wild card after 2019 National Bank Open and US Open champion Bianca Andreescu of Mississauga was announced among the participants last week.

Three more wild cards will be issued to Canadian players, according to the tournament.

Additional information about the National Bank Open can be found on the event’s website.

The men’s tournament, featuring Rafael Nadal, Daniil Medvedev, and Canadians Félix Auger-Aliassime and Denis Shapovalov, is set for IGA Stadium in Montreal from August 5 to 14.