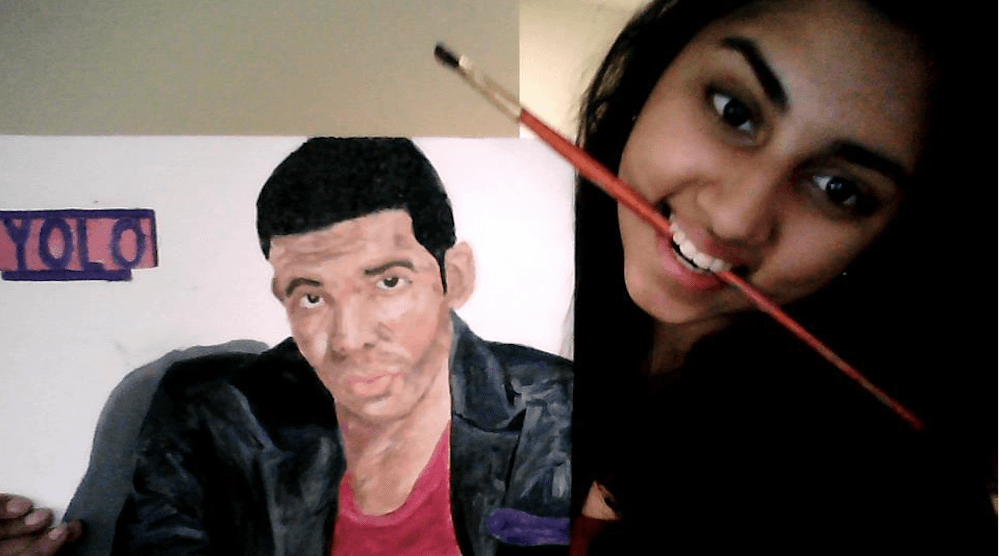 Love him or hate him, Drake is a musical phenomenon.

So much so that he has become a topic of higher education in Canada. And his first student is Western University’s Amara Pope.

The young PhD student was once just a fan of the Toronto rapper, but now, she’s a Drake expert.

“I knew him back in his days on Degrassi, so I was always a fan of Drake,” Pope told Daily Hive. “But I didn’t know that he was drawing on all these real life experiences. I wasn’t aware that he was actually biracial at the time that I was doing this project.”

Pope’s interest in studying music began back in her undergrad, when she studied Fine Arts and English at the University of Waterloo.

“I was interested in different forms of communication and it lead me to pursue a Digital Media specialization. I found that music videos were a very unique medium that allows me to analyze lyrics, sounds, and images,” Pope said.

Her interest lead her to studying identity politics in music videos, and thus began her Drake studies about a year and a half ago.

“With the rise of social media and the online consumption of information, music videos play a central role in global, cultural flows. I argue that hybrid identities are constructed by musical artists to gain popularity through the form of ethno-marketing,” wrote Pope in her paper, Musical Artists Capitalizing on Hybrid Identities: A Case Study of Drake the “Authentic” “Black” “Canadian” “Rapper,” which was published by Simon Fraser University (SFU) in December.

“Drake, in particular, was creating so many different narratives in music videos. I wanted to address the way in which he draws on different forms of identity within that particular medium to construct his fanbase,” Pope said.

The PhD student uses Drake as a case study to examine her thesis, drawing upon three of his earlier music videos for her analysis: “HYFR (Hell Yeah Fuckin’ Right)” (2011), “Started From The Bottom” (2011), and “Worst Behavior” (2013).

She states that in his videos, Drake “capitalizes on shared experiences and struggles of different cultural, national, and class background.”

“The study analyzes his earlier music videos to see how he got his initial fanbase, and that allowed him to catapult his popularity at the time,” Pope said.

Initially pitched for her International Relations and Communications class, Pope’s paper has now been presented at two different media conferences, one at the University of Calgary, and the other at Ottawa’s Carlton University.

Her conclusion in the study includes that “Drake retains the ability to relate but not complete assimilate to different communities.”

“He demonstrates the postmodern construction of an intersectional identity within discourses of race, class, and nationality,” she continues. “Drake demonstrates a form of empowerment by embracing different social, political, and racial labels as cultivated through affordances of his online music videos.”

And through all the case studies and analysis, Pope said she’s still a fan of Drake and continues to listen to his music.

“I got to learn about his life experiences through the study which was also a lot of fun,” she said. “I have always been a fan and got to know more about him as a person outside the music industry.”

So besides being a rapper, actor, billboard maker, and basketball supporter, Drake can now add being a subject of a PhD study to his ever-growing resume.