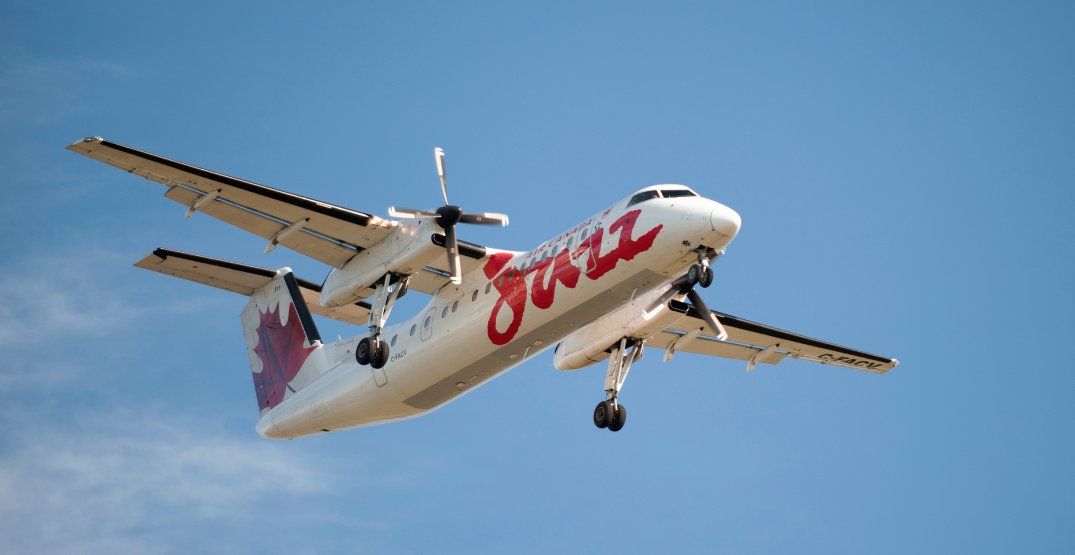 A Jazz airline flight (a subsidiary under the Air Canada Express brand) made a precautionary landing after a crack was spotted on the windshield.

It was only 20 minutes into the flight from Pearson International Airport when an announcement was made.

The airline confirmed that at 9 am on Tuesday, Flight AC8745 en route to Charlotte, North Carolina, was forced to turn around to avoid potentially catastrophic results.

A crew member noticed a crack on the right-hand side window, leading the aircraft’s journey to be halted immediately. Fortunately, the flight landed safely back on the runway, with no complications, Daily Hive was told.

Although the aircraft windows are double-paned for safety, the flight crew aboard took no chances.