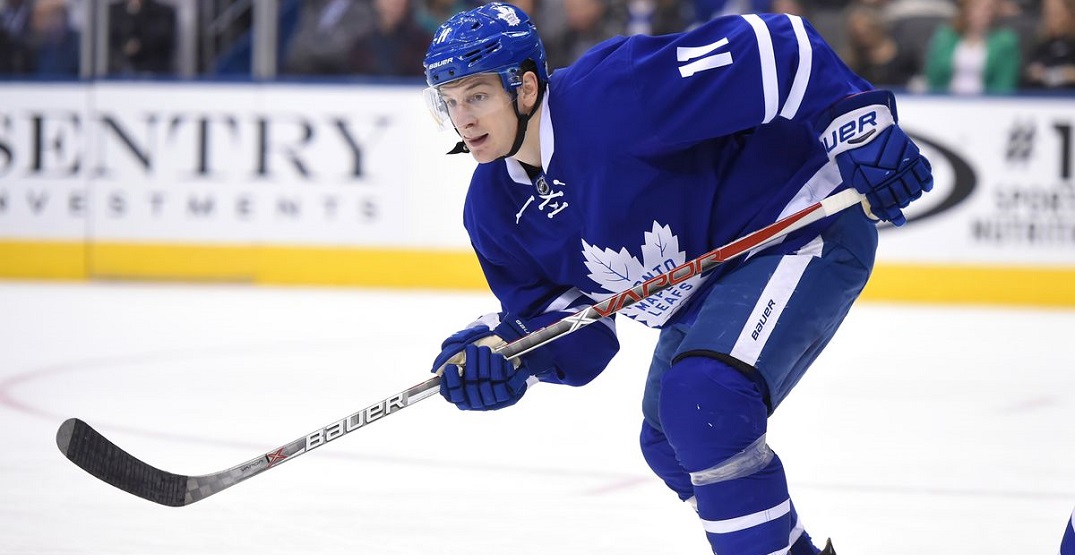 Zach Hyman might see his time as a member of the Toronto Maple Leafs come to a close shortly.

Ahead of next week’s Seattle Kraken expansion draft, Hyman remains unsigned and is slated to hit the free agent market on July 28.

TSN’s Darren Dreger reported on Thursday morning that Hyman’s agent, Todd Reynolds, was given permission by the Leafs to start pursuing talks with other NHL teams to facilitate his trade.

Trading for the rights of a player like Hyman would give a team an additional ten days or so to open negotiations on a long-term deal.

If a trade does go through, Leafs fans shouldn’t expect much in return though — perhaps just a draft pick or a lower-end prospect.

If he ends up unsigned by the Leafs or without a trade partner, Hyman would enter free agency as one of the bigger names available.

Coming off a 15-goal, 18-assist season in just 43 games and being known for being tenacious on the forecheck, there would be no shortage of suitors lining up for the 29-year-old Toronto native.

Hyman, who has finished fifth among Leafs’ forwards in scoring in each of the last two seasons, carried a cap hit of $2.25 million cap hit over the last four years on a contract signed in the 2017 offseason.

At an end-of-season media availability just over six weeks ago, Hyman didn’t offer much as to where his NHL future would be played out.

“For the past month, year, all I’ve been thinking about is this year,” Hyman said following the Leafs’ elimination from the playoffs.