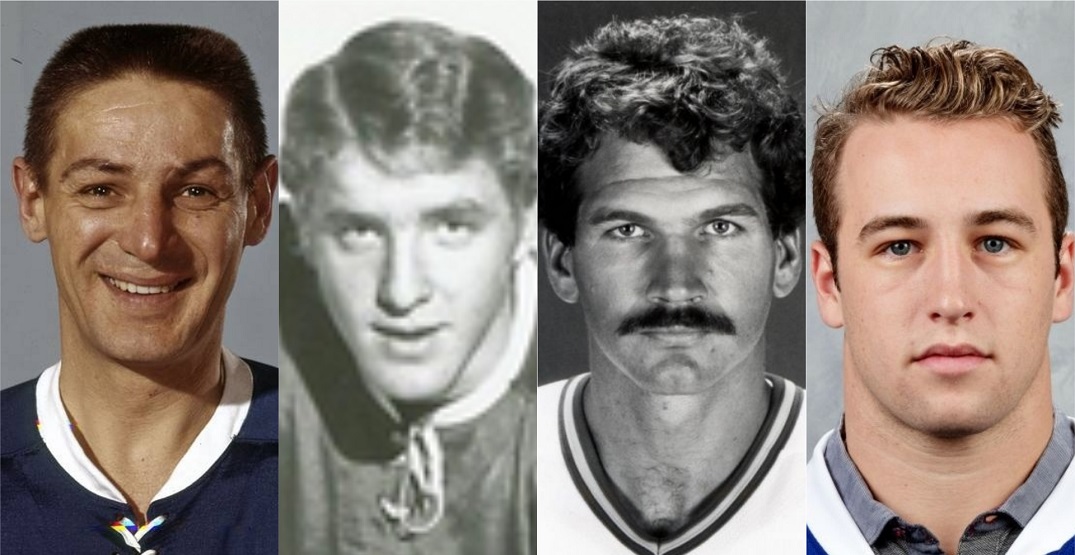 For most NHL teams, an expansion draft is a necessary step to grow the league. Sure, you’ll lose a player further down your roster, but at the end of the day, it’s usually not something that handicaps a team too hard.

Next week, the Seattle Kraken will get a chance to pick 30 players from franchises around the league to make up their inaugural roster.

For the Toronto Maple Leafs, getting picked in the expansion draft has sometimes been an eerie precursor to a bad future for those selected.

In total, the Leafs have taken part in all 13 expansion drafts since the first one in 1967.

Four Leafs, in particular, have fallen into extremely dark paths once they’ve been plucked from Toronto’s franchise.

Of course, it would be disingenuous to suggest that leaving the Leafs directly impacted the fate of these four men. Substance abuse, harassment, and violent criminal charges have no correlation to a team simply selecting a hockey player from one roster to another.

But to tell the history of the Leafs’ expansion drafts in full, you have to understand the fallout of Terry Sawchuk, Brian Spencer, Rob Ramage, and Brendan Leipsic that came after they switched teams.

In the league’s first ever expansion draft, the Leafs lost Terry Sawchuk to Los Angeles back in 1967. Sawchuk was a Hall of Fame goaltender who suited up for the Leafs, Red Wings, and Bruins in an illustrious career that saw him win four Stanley Cups.

He played one year for the Kings, ended up being traded back to Detroit, and eventually ended up with the Rangers in what would be his final NHL season.

Following the 1969-70 season, Sawchuk got in an argument with teammate Ron Stuart about rent payments at a house the two of them were co-opting together. The altercation became physical, and Sawchuk passed away after injuries suffered in the fight at 40.

Brian Spencer’s NHL career didn’t have too much to be remembered for: he played ten years in the league as a winger, scoring 80 goals and adding 143 assists over 553 games. It was a career the stats sheet wouldn’t tell you a whole lot about.

Off the ice, Spencer was an entirely different story.

The Royal Canadian Mounted Police killed Spencer’s father following an altercation in his son’s rookie season of 1970. The elder Spencer supposedly held officers at gunpoint because the Leafs game was not being shown on local television in his hometown of Prince George, BC.

Spencer went from the Leafs to the New York Islanders in the 1972 draft. The Islanders team’s booster club even picked him as the fan favourite on the 12–60–6 1972-73 roster. Spencer then found himself playing for Buffalo and Pittsburgh in subsequent years before playing his last pro hockey game for the Hershey Bears in 1980 at the age of just 31.

In 1987, murder and kidnapping charges were brought up against Brian Spencer in the death of Michael Dalfo in Palm Beach Gardens, Florida, with Spencer potentially facing the death penalty. Spencer ultimately had a not guilty verdict delivered in the trial, which included testimony from former Sabres teammate Rick Martin. The murder remains unsolved.

In 1988, Spencer himself was fatally shot in a robbery following a crack cocaine purchase. Larry Willie Johnson was charged and sentenced to 40 years in prison for the killing, while accomplice Leon “Lump” Daniels was sentenced to 18 years following a plea bargain.

If Spencer’s life sounds like a movie script, it was. Gross Misconduct: The Life of Brian Spencer premiered on cable TV back in 1993, based on a 1988 novel of the same name by Martin O’Malley.

In 1991, Leafs captain Rob Ramage went to the Minnesota North Stars in what was technically a dispersal draft. Minnesota’s owners had purchased the rights to the San Jose Sharks in a move that allowed them to move players from Minnesota to San Jose and then from the rest of the league to Minnesota.

Sound confusing? It should be, as it has never happened otherwise in this fashion in NHL history. Despite being the team’s captain, Ramage played just two years in Toronto and was left unprotected in the draft.

In 2003, Ramage was arrested for impaired driving following an accident that killed ex-teammate Keith Magnuson. He eventually served four years in prison for the offence. He currently works as the Montreal Canadiens director of player development.

To the Vegas Golden Knights back in 2017, the Leafs lost Brendan Leipsic, a forward who had bounced up and down between the Leafs and AHL Marlies. At the time he was selected,  he’d actually only ever played six games for the Leafs.

There’s no death involved with Leipsic’s story. But it is a unique one nonetheless.

Bouncing around from Vegas, Vancouver, LA, and Washington, Leipsic eventually found his way out of the league in 2020 after a series of group chat messages disparaging teammates, and their partners came out that resulted in the Capitals terminating his contract.

Players find their way out of the league for all sorts of reasons – ability, age, lack of a good fit with any team. But to the public knowledge, nobody else has ever been (rightfully) banished from the league quite like Leipsic was. Most recently, Leipsic played for CSKA Moscow of the KHL.