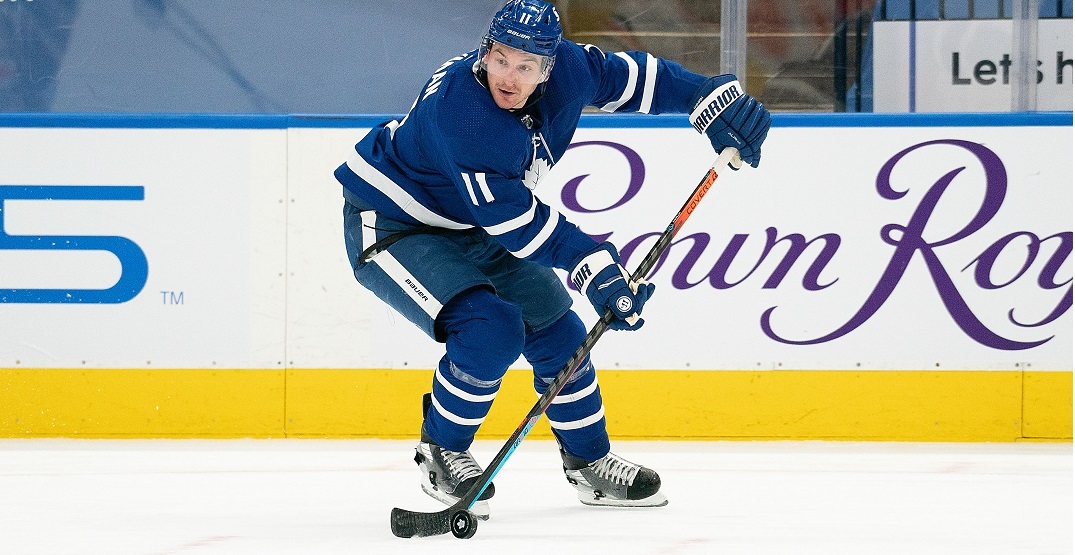 It seems like there are really only two options for Zach Hyman’s NHL future: either he’s got many games left as a member of the Toronto Maple Leafs, or he’s already played his last one.

Though every potential free-agent contract can be described as a “unique situation,” it is quite the challenge to find a comparable for the soon-to-be 29-year-old Leafs top-line winger who is currently without a contract.

It doesn’t seem likely that Hyman will be offering much of a hometown discount in the first unrestricted free agency period of his career.

“For the past month, year, all I’ve been thinking about is this year,” Hyman said during last week’s media availability following the Leafs’ elimination from the playoffs.

“I really haven’t looked too far ahead.  I don’t think anybody foresaw our season ending so promptly, especially in the nature that it did… it’s heartbreaking.”

What is Hyman worth?

The (multi-)million-dollar question is… how much do you pay him if you’re Leafs GM Kyle Dubas? Or is he going to price himself out of the Leafs’ future and find a new home?

The line between “fair contract” and “only being judged by your contract” is not very much money at all, relatively speaking.

The Leafs have just about $10 million dollars coming off their books in cap space from forwards alone next year.

On the flip side, they only currently have eight NHL forwards on their roster under contract for 2021-22.

Actually trying to project a fair dollar figure to pay Hyman, in Toronto, or anywhere, is a much harder challenge.

If the Leafs do want to pay Hyman handsomely on a long-term deal, they can, but it does limit the rest of their options both next year and moving forward in a league with a stagnant salary cap.

Another four-year deal would be great for the Leafs if Hyman believes in trying to contend in Toronto with their core players, but there is a decent chance another team could offer him a longer deal if that’s the route Dubas is taking.

After a shaky rookie 2016-17 season where his 6.4% shooting percentage on 156 shots garnered a “stone hands” reputation, Hyman has loudly — no longer quietly, like many like to say – developed into one of the Leafs’ most consistent forwards.

Would you pay $5M long-term for Zach Hyman? #LeafsForever pic.twitter.com/IvQ4AU615F

He has finished fifth among Leafs’ forwards in scoring in each of the last two seasons and carried a cap hit of $2.25 million cap hit over the last four years.

There are obvious differences between the two players, or any of the Leafs’ “big-four” forwards (Auston Matthews, Mitch Marner, and John Tavares the other three).

Hyman’s not a superstar, nor does he pretend to be. He was drafted in the fifth round, not inside the top-10.

His career-high is 41 points. The same goal total Matthews reached in 52 games this year.

Out of forwards making $7 million or less this season, Hyman finished 38th in points per game. He’s developed into one of the NHL’s better players, but not one of the very best.

As long as he’s been playing hockey, Hyman appears to be the hardest working player on just about every shift.

Perhaps that’s a result of the obvious — he’s not quite as naturally talented as some of his peers.

All things considered, it’s hard to find a real critique of his game for the value he’s provided as a Leaf.

“I don’t think I need to get into what Zach has been to the club,” Dubas said last week.

Is an emotional goodbye coming?

A part, maybe even the largest part, of Hyman wants to stay here in Toronto whether he’s saying it directly or not.

It’s home, after all.

Hyman played on various teams in the Greater Toronto Hockey League before a junior career with the OJHL’s now-defunct Hamilton Red Wings organization. A college career at Michigan was the furthest away Hyman’s ever played from home – just slightly over a four-hour drive from Toronto.

But it’s not hard to imagine that Hyman’s mind will be floating elsewhere.

Think about Hyman in Edmonton as GM Ken Holland’s new top-six add to play alongside Connor McDavid and Leon Draisaitl. The incoming Seattle Kraken would give Hyman a no-pressure situation to be a go-to guy in a leadership role.

If he’s looking to stay within distance of Toronto and his college roots, Detroit’s rebuild is another interesting proposition.

All 32 teams would enjoy a player of Hyman’s calibre.

But until a pen is put to paper, it’s anyone’s best guess where he plays —  and for how much.