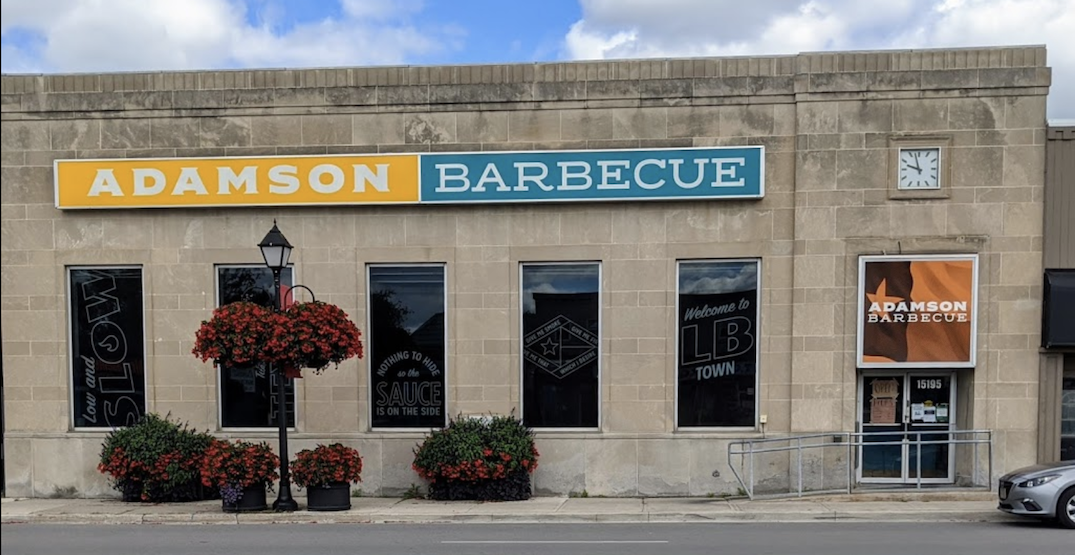 After gaining notoriety due to defying COVID-19 dining rules back in November, Adamson Barbecue is once again under hot water. Its Yonge Street location has been shut down by its landlord due to unpaid rent.

According to the Notice of Distress, Skelly was given five days from July 5 to pay or else goods within the property would be taken.

An unhappy customer posted an image of the letter on Google reviews on July 12. 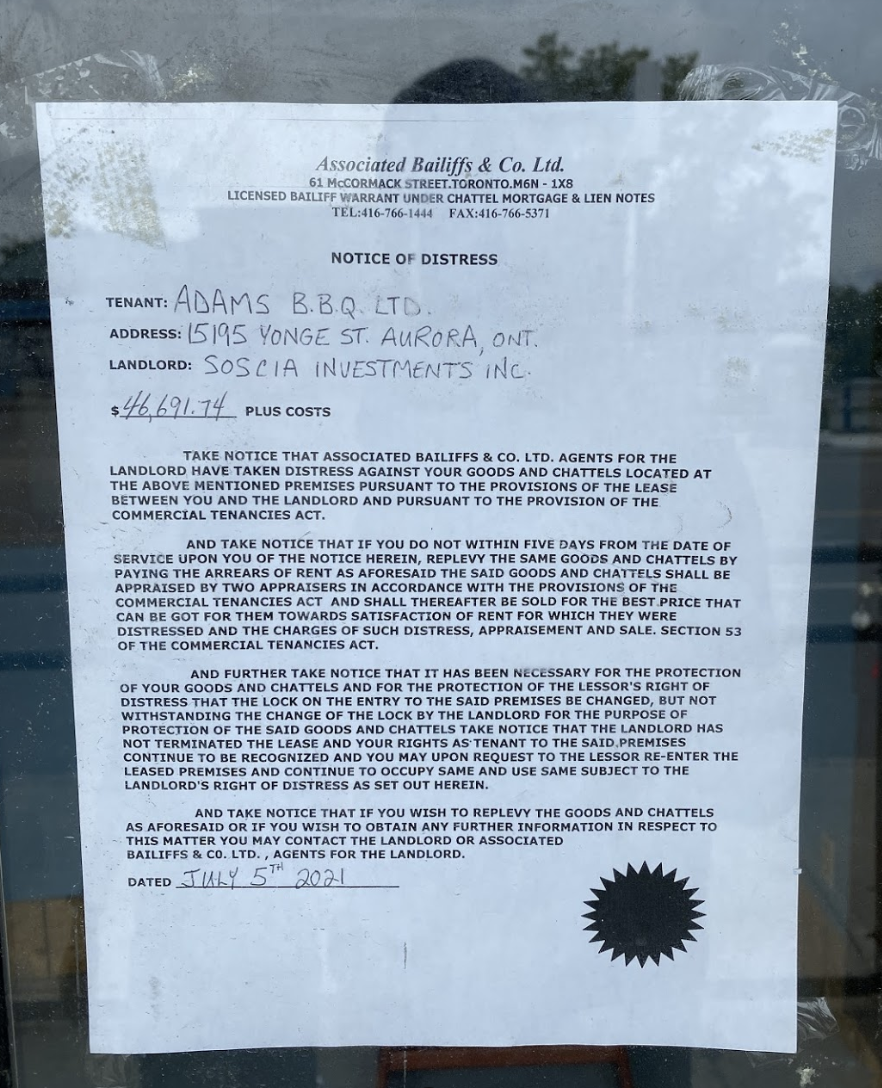 “Closed for non-payment of rent as of July 5th. This is the 4th time I have gone by to pick up food in the last month,” read the review.

“The first 3 times they had no food, and today…. Locked out with $46,691.74 owing in rent. Love the food but super annoyed and frustrated with all shenanigans.”

The bailiff company, which posted the notice on behalf of the landlords, Soscia Investments Inc., confirmed to Daily Hive that the amount is in fact owed however they were unable to make further comments.

All three of Adamson Barbecue locations have had their fair share of controversies in the past year.

Skelly used his Etobicoke location to defy provincial and municipal COVID-19 rules after it opened for indoor and outdoor dining for three days in November.

It was discovered that Skelly never had a business license for its Leaside location since opening in 2016.

“It’s disappointing that he is flouting the law like this. We have issued charges in the past. We are continuing to work with them to bring him into compliance,” said Carleton Grant, the city’s executive director of municipal licensing and standards, back in December.

Daily Hive has reached out to Adamson Barbecue for comment.