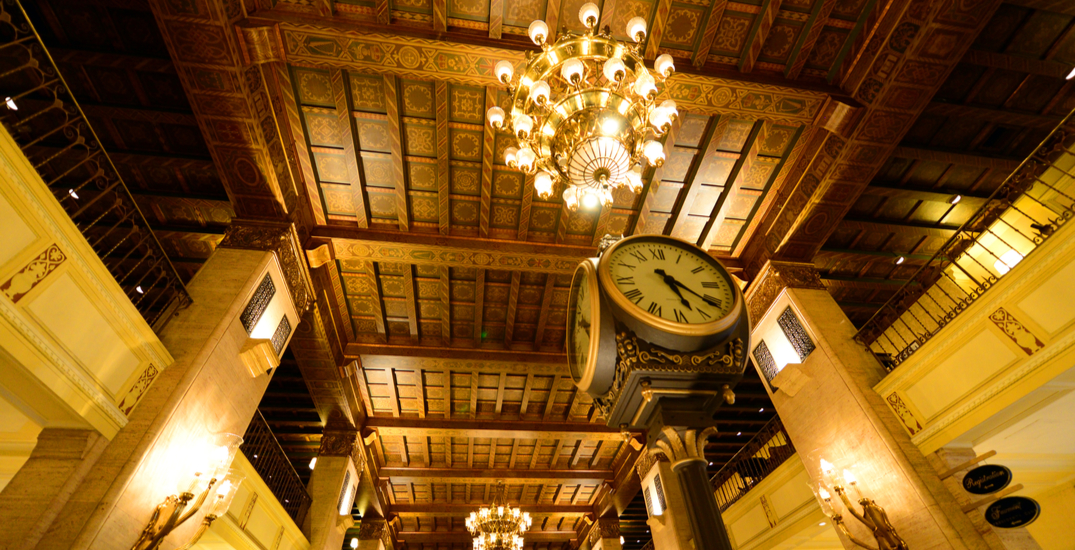 It’s almost Halloween, and there are few better ways to spend it than checking in to a haunted hotel and trying to summon some ghosts?

Toronto has many haunted hotspots, including restaurants, former jails and abandoned subway stations, but few you can spend the night in.

Luckily for Torontonians who want to get in touch with the paranormal, there are some spooky hotels in the city with their very own ghost stories.

Here are some of Toronto’s haunted hotels that you can actually sleep in.

Fairmont hotels across the country are thought to be haunted, and Toronto’s Royal York Hotel is no exception. The Royal York is nearly 100 years old, with the building completed in 1929, so it’s no surprise that some spooky stories have come out over the years.

The hotel has a storied past, hosting royalty, heads of state, celebrities and millions of others who wanted a night of luxury. It’s also home to some paranormal activity, according to guests who have stayed over the years.

One famous ghost story is about a man who wears a purple coat and wanders around the hotel’s eighth floor.

One guest told TorontoGhosts.org that they had heard children running up and down the halls on the first night they checked but saw no children. When they looked through the peephole the next night, they saw a grey-haired man with a purple waistcoat. They initially thought he was a hotel staff member who went upstairs to ask the children to stop running around until they heard about the man in a purple coat who haunts the floor.

The hotel’s Crystal Ballroom is also said to be haunted, with guests frequently saying they hear noises from within even when the ballroom is closed. There are reports that guests have heard the music and people talking when the ballroom has been empty. Even the elevator appears to be haunted as it sometimes goes to the Crystal Ballroom’s floor without being prompted.

This is also one of the few hotels in the city that has a 13th floor. Most large buildings are now built without the unlucky number, opting to skip it entirely and go from 12 to 14. The elevator likes to play tricks, with the door opening and closing without being called.

People who have done construction in the building have joked about a ghost making their equipment malfunction, saying that electrical currents would fluctuate and that there were cold spots and gusts of air throughout the building where they were complete construction.

It might not be Toronto’s most haunted spot, but enough guests have strange experiences making it the perfect place to indulge in the luxury and all things paranormal.

The newly renovated Gladstone Hotel has some ghost stories of its own, and if you know anything about ghosts, you know they don’t like renovations.  It may be the perfect time to book a room to check out the new renovations and get a feel for paranormal activity.

The hotel was built in 1889 and is Toronto’s oldest continuously operating hotel. This isn’t the first time the hotel has undergone major renovations, so maybe the ghosts that haunt this place don’t mind the upgrades.

A popular ghost story out of the hotel is about a ghost fond of playing the piano. So if you book a night at this hotel, listen for the piano, you never know when a ghost might want to tickle the ivories!

A post shared by The Omni King Edward Hotel (@omnikingedward)

The King Edward Hotel is nearly 120 years old having been built in 1903, and you know ghosts love an old building. There are lots of tales of haunted spots in this hotel, so book a room, grab your Ouija board and get ready for paranormal activity.

A lot of lore came out of the 17th floor ballroom that had been closed to the public in the 1970s. It was a hotspot for people to try to sneak into if they knew how. Rumour has it that the ballroom’s chandelier had a habit of moving positions with each visit. There are even some who have reportedly heard the chandelier shaking from other floors.

The elevator apparently makes frequent, unrequested stops at the second and 12th floors of the hotel. Another guest reported the automatic taps in the women’s washroom going on and off at random. In both of these encounters, guests said that they felt like a ghost was “playing” with them, and while creepy, it was also fun.

A post shared by One King West Hotel (@onekingwest)

One King West hasn’t always been a hotel. What began as the head office for Dominion Bank didn’t become a hotel and condo tower until 2006. The hauntings in the hotel seem a bit more helpful than others.

The ghosts at One King West apparently keep the elevators at the ready, particularly for staff.

Believe in ghosts or not, surely a night at the King Edward Hotel won’t disappoint as the history of the building alone is incredibly interesting. Even if the ghosts don’t want to come out and play on your visit, it’s a great place to act out a heist in the vault. Get dressed in your very best and channel your inner James Bond!

A post shared by The Guild Inn Estate (@theguildinnestate)

OK, so you can’t stay in this hotel anymore, but you can get married there! The Guild Inn Estate in Scarborough has its own share of spooky ghost stories and is quite possibly one of the most haunted places in the city.

The Guild Inn was built on the Scarborough Bluffs in 1914 as a summer home for the Bickford family. Legend has it that there was a secret tunnel built from the Inn to Camp X, but this has never been confirmed, and no secret tunnels have been found…yet.

The Guild Inn has operated as many things throughout its long history, including becoming a hospital for injured Canadian soldiers and veterans with PTSD after the Second World War. Training for the Women Royal Navy Service was conducted on the property, hence the rumours about a secret tunnel to Camp X.

Employees over the years at the Inn have experienced paranormal activity. One employee said he locked up the refrigerators only to hear a crash minutes later and, upon reentering the kitchen, found one fridge opened, with the lock on the other side of the kitchen.

So, you might not be able to stay the night, but you can certainly host an event here or attend their Sunday brunch and maybe even see your very own ghost!