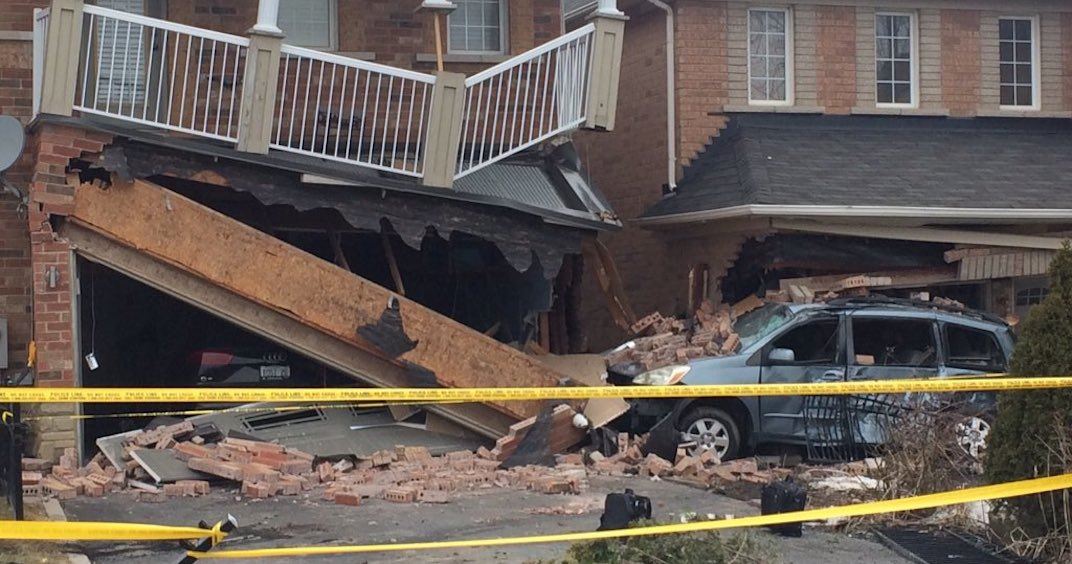 The TTC driver responsible for crashing a bus into two homes in Scarborough last week has been charged with careless driving.

According to Toronto Police, on March 21, officers received a call regarding the accident at 1:37 am after the bus crashed into homes on Oasis Boulevard, near Morningside Avenue and McNicoll.

Police and the TTC said no customers were on board the vehicle at the time of the crash, and they had not released information about the driver at the time.

Photos of the aftermath pic.twitter.com/MGXuWuYzNv

On Tuesday morning, Toronto police Sgt. Brett Moore confirmed to Daily Hive the driver has since been charged with careless driving.

“The investigation is far from over,” said Moore, adding, “this collision was captured very well on CCTV.  What happened is fairly obvious.”

In a statement, Moore said determining why it happened will take time and added that police are not commenting on investigative techniques and options.

Stuart Green, a spokesperson for the TTC, told Daily Hive the driver is not currently operating a TTC vehicle.

“Any further actions will be determined once our investigation is complete,” said Green.