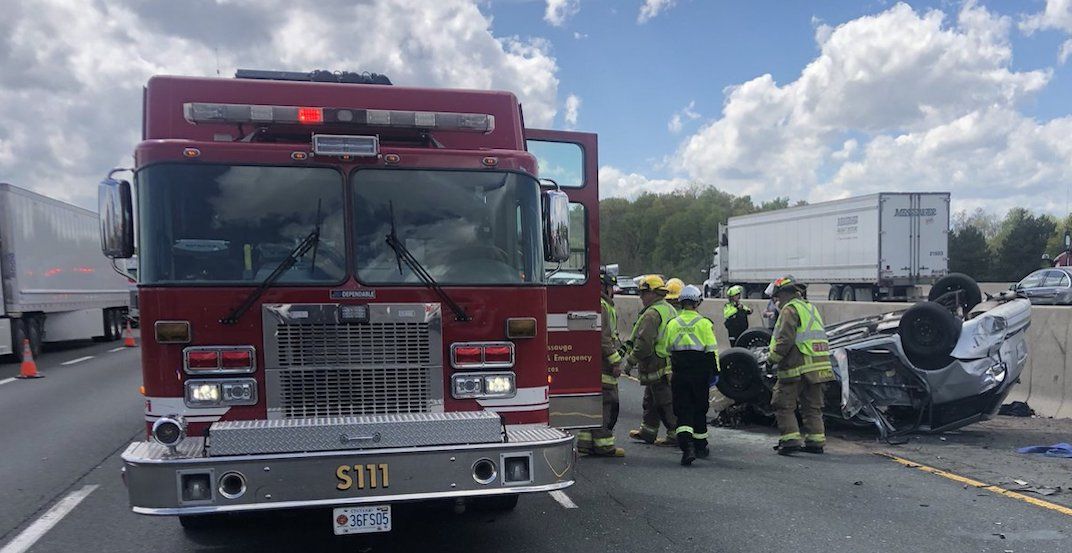 A four-year-old girl who was critically injured in a rollover collision on Highway 401 in Mississauga last week has died.

The collision, which involved an SUV and a transport truck, took place in the eastbound lanes of the highway approaching Erin Mills Parkway on Thursday, May 23, according to OPP Sgt. Kerry Schmidt.

According to police, a four-year-old in the SUV was ejected from the vehicle as a result of the collision and sustained life-threatening injuries.

A two-year-old, who was also in the SUV, was uninjured, while the driver sustained minor injuries. The driver of the transport truck was also uninjured.

Following the collision, the child was transported to a trauma centre with life-threatening injuries.

“Our condolences to the family,” reads a tweet from Sgt. Schmidt.

No charges have been laid in this incident thus far.