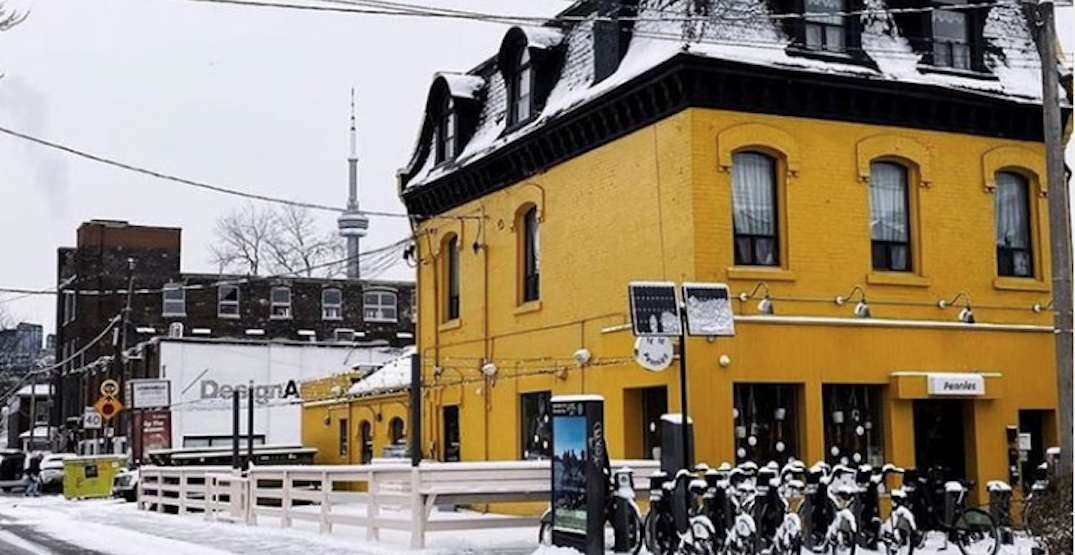 The property owners of the 144-year-old building that houses the popular Toronto bar Pennies have dropped their plans to demolish the structure after community pushback.

Earlier this month, the building’s owner applied for demolition approval for the 127 Strachan Avenue property and advertised it for sale as a development opportunity. This sparked outrage among a wide range of groups both wanting to save their local bar and protect Toronto’s history.

The building, although nearly a century and a half old, is not designated as an official heritage site. It is, however, one of the oldest buildings in the area. It also sits directly north of the Palace Arms building, which is set to undergo another controversial re-development.

An online petition to save the building launched soon after the demolition application was filed, and gathered just shy of 5,000 signatures. Many individuals also took to social media to share their fond memories of going to Pennies to meet with friends or watch sports games.

This is where I watched the Raps become the NBA champs, among many other great memories with friends and neighbours. Mayor’s Office, City of Toronto: SAVE 127 STRACHAN AVE. – Sign the Petition! https://t.co/mIBWX4vrXj via @CdnChange

Two letters, written by representatives from the Architectural Conservancy of Ontario and the Toronto & East York Community Preservation Panel, were also filed with the City, asking that the demolition application be denied.

During Wednesday’s Toronto and East York Community Council meeting, where the 127 Strachan Avenue demolition application was to be discussed, it was announced that the application had been withdrawn. According to the City website, there will be no further action taken on this matter.

The building’s advocates celebrated the win, with the petition authors writing, “This is a big win, but it is not the end of the road. 127 Strachan Ave. still does not hold any heritage status that would protect it from demolition in the future. The Toronto branch of the Architectural Conservancy of Ontario has conducted in-depth research to urge heritage planners to list or designate this historic property under the Ontario Heritage Act.”

Colliers International, the real estate company that was advertising the property, confirmed to Daily Hive that it is no longer being marketed at this time.