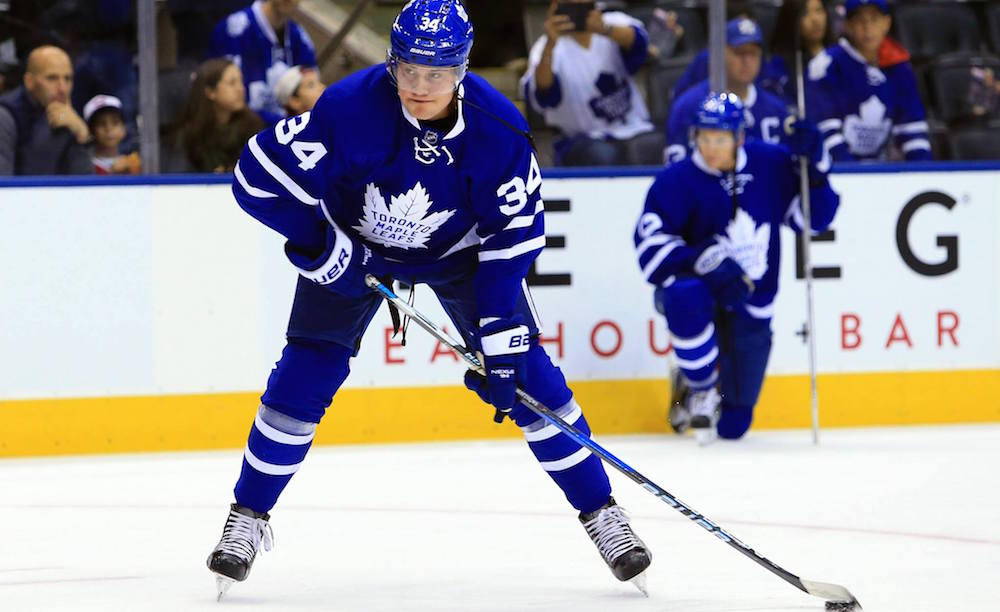 The Toronto Maple Leafs are not the same team they were a year ago.

After finishing dead last in the NHL in 2015-16, the Leafs have made a lot of changes. They have a new face of the franchise in Auston Matthews, a new starting goaltender in Frederik Andersen, and a new look, going back to their old-style logo.

It’s a new Maple Leafs team, one that should make fans quickly forget about the shortcomings of the previous regime, and get excited for what’s in store for the next several years.

It all gets started on Wednesday at 7 pm ET in Ottawa against the Senators.

The Leafs will be a young team, but if we learned anything from Team North America at the World Cup of Hockey, it’s that you can’t count out the youngsters. They’re quick, they’re energetic, and they’ve got a chip on their shoulder. You can’t tell them what they can and can’t do.

There’s quite a bit of uncertainty as to where the Leafs might wind up in the standings this year, simply because a lot of their top players are unproven at the NHL level.

Will Mitch Marner light up the league like he did in Junior, or will it take him some time to adjust to the speed and physicality of the NHL? How will first-overall pick Auston Matthews do in his rookie campaign? Is he already a number-one centre? Can William Nylander pick up where he left off at the end of last season?

There’s a lot of questions.

Perhaps the first question when you look at the Leafs’ projected lineup is ‘which line is the top line?’ JVR-Bozak-Marner looks like it could be dangerous, but Hyman-Matthews-Nylander clicked well in preseason and could be a major offensive threat against a lot of teams. Michalek-Kadri-Komarov is the only line with no rookies and could be used as more of a checking/matchup line, though it lacks the potential firepower of the other top two lines.

How long before he does with with the #Leafs ?

Expect Mike Babcock to be switching things up, especially if things don’t click right off the bat. I could see JVR-Matthews-Nylander becoming the everyday top line if Matthews and Nylander prove they are ready to handle big minutes.

The recent addition of Seth Griffith is an interesting one, as he’s the kind of player who can slot into a lot of different places in the lineup. He can play both centre and on the wing and his good offensive skillset means he could fill in a temporary top-six role as well. That will be a good tool for Babcock to have if he wants to make some line adjustments as the season goes on.

On the back-end, the Leafs have a few more known commodities. Of the eight defencemen listed, only Nikita Zaitsev has never played a regular season game for the Leafs, and he’s proven his ability in the KHL already.

Much like the forwards though, the defence is still very young. Nobody in the top-four is over the age of 26. The team’s top d-man, Morgan Rielly, though possibly on the cusp of a breakout season, is still just 22-years-old.

It’s also a completely fresh set of faces between the pipes, as 27-year-old Frederik Andersen was acquired after the draft and Jonas Enroth was signed in free agency. It’s a step up from the Bernier-Reimer tandem the Leafs started last season with, but it doesn’t come without questions either.

Will Andersen to be able handle a full starter’s duties behind a weaker defence than he was used to in Anaheim? Again, time will tell.

The Maple Leafs will take a step forward this season, getting out of the NHL’s basement and giving fans something to get excited for. Really, how could you not be excited when you have three players (Matthews, Marner, Nylander) who will be contenders for Rookie of the Year?

If their young players do what’s expected of them, the Leafs should finish closer to a playoff spot than the top lottery spot, but a spot in the playoffs is a tough ask. A lot would have to go right for the Leafs to be playing meaningful games in April.

Patience will prove to be a virtue with this team, but this season should offer more than a few promising glimpses to the bright future ahead.