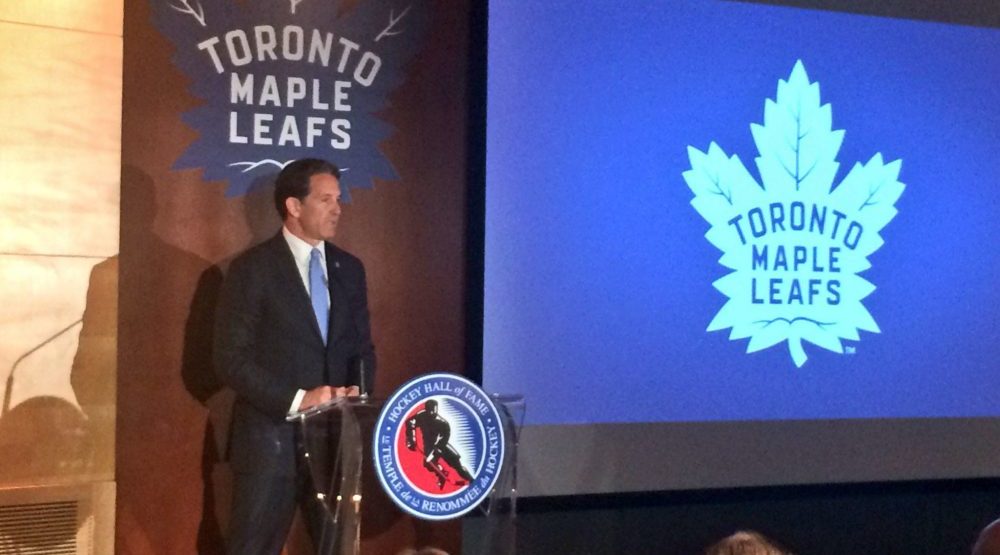 The 2016-17 season will be the 100th ever for the Toronto Maple Leafs, and the team has announced a number of ways to recognize and celebrate that feat over the course of the upcoming season.

The announcement was made by Leafs President Brendan Shanahan at the Hockey Hall of Fame this morning, and included the unveiling of a special logo (above) as well as a Centennial Anniversary exhibit.

“The Maple Leafs Centennial Anniversary comes at a very special time in the team’s history,” said Shanahan. “It allows us to look back and celebrate the great players, accomplishments and special memories of one of the most important franchises in hockey, but at the same time, look ahead to the next 100 years and the start of an exciting new chapter in team history.”

In addition to the logo and exhibit, the team announced a number of special events planned throughout next season, including:

These are just the events that were announced at the HHOF this morning.  Others in the hockey community have already begun speculating on other possible team events that could take place next season.

Leaf alumni prez Peter Ing says a few Centennial events are in the works to reunite as many living Leafs as possible of 950 plus who played.

“We’re excited to share some of the initiatives that will make up the Maple Leafs Centennial anniversary,” Shanahan said. “But there will also be many surprises throughout the season that our fans can look forward to, including a historic opening night celebration. We look forward to sharing this special year with our fans.”