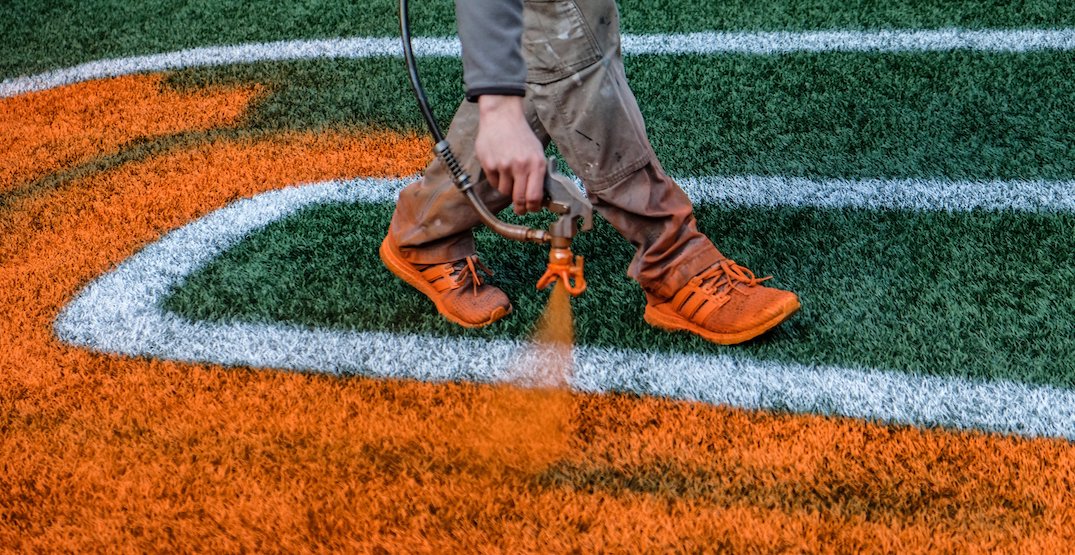 With the XFL Seattle Dragons home opener taking place this weekend, CenturyLink Field has been pulling out all the stops.

First, the stadium announced new dishes and drinks created especially for Dragons games. Now, the field has put on its orange and white warpaint, perfectly matching the team’s uniforms.

CenturyLink Field is looking gorgeous in the sunlight, fully ready for the season to kick off.

Here’s your first look at the field, where “DRAGONS” has been painted on the endzone in bold orange text outlined by white. 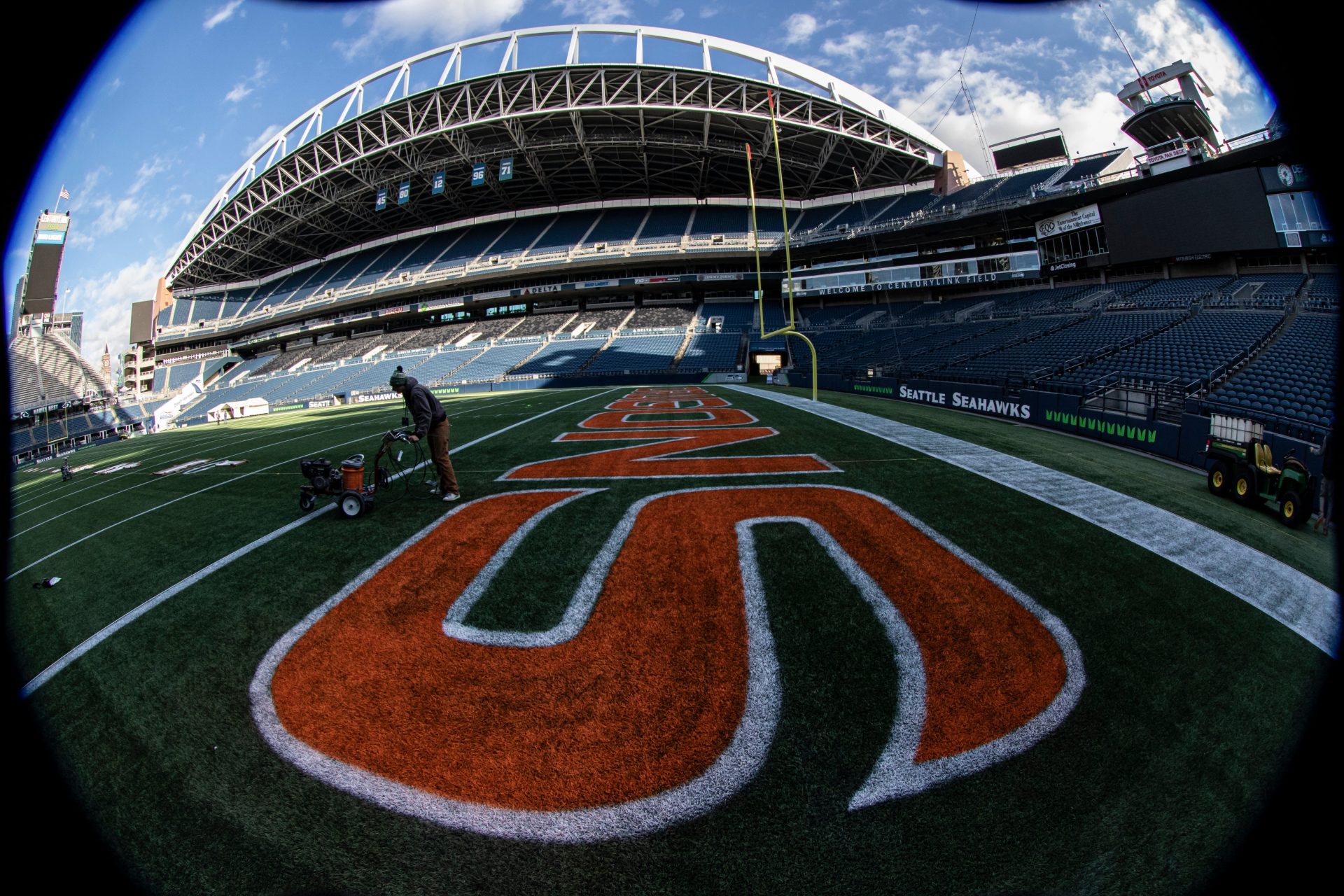 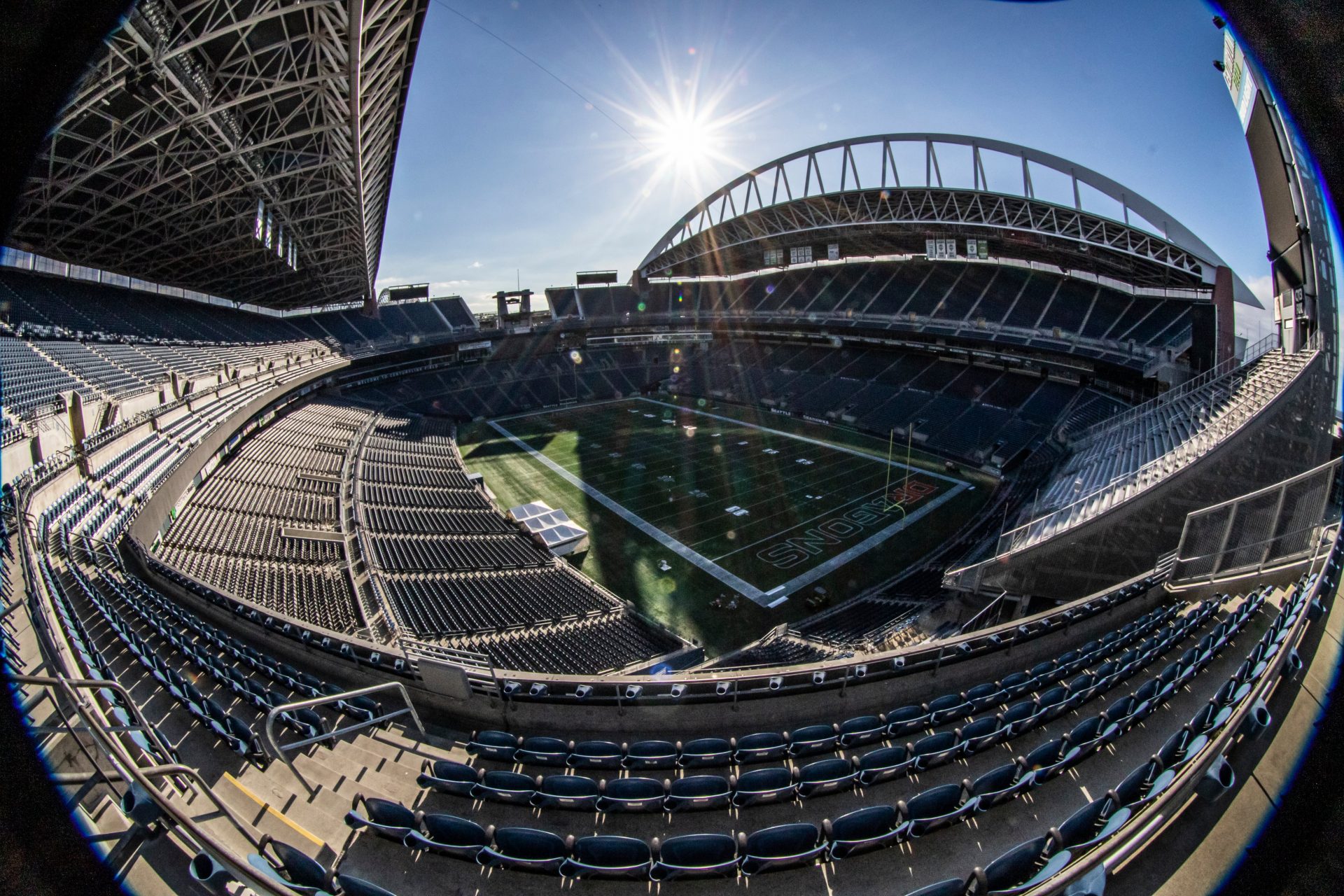 Be sure to catch the team at CenturyLink field at some point this season. Single-game tickets are still available online, starting at $24 each.