After a 19-year hiatus, Vince McMahon’s XFL venture is back in action. This time around, Seattle has made the cut. With brand new uniforms, the Seattle Dragons are ready to take the field on February 8, 2020.

Yesterday, the uniforms for the Seattle Dragons were revealed, reflecting the team’s primary colors of navy, green, and orange. 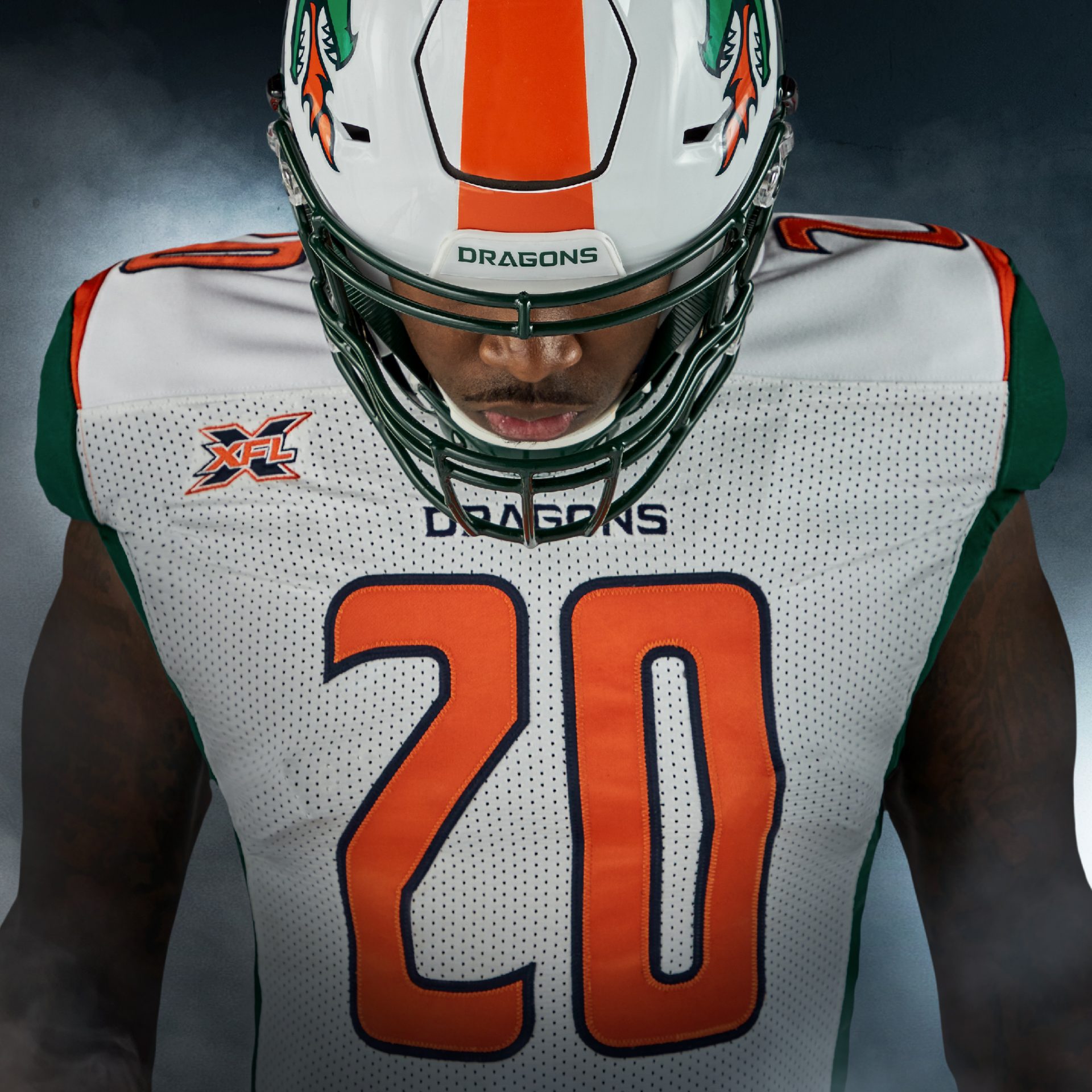 Players will be offered the choice of helmets from three companies: Riddell, VICIS, and Schutt. 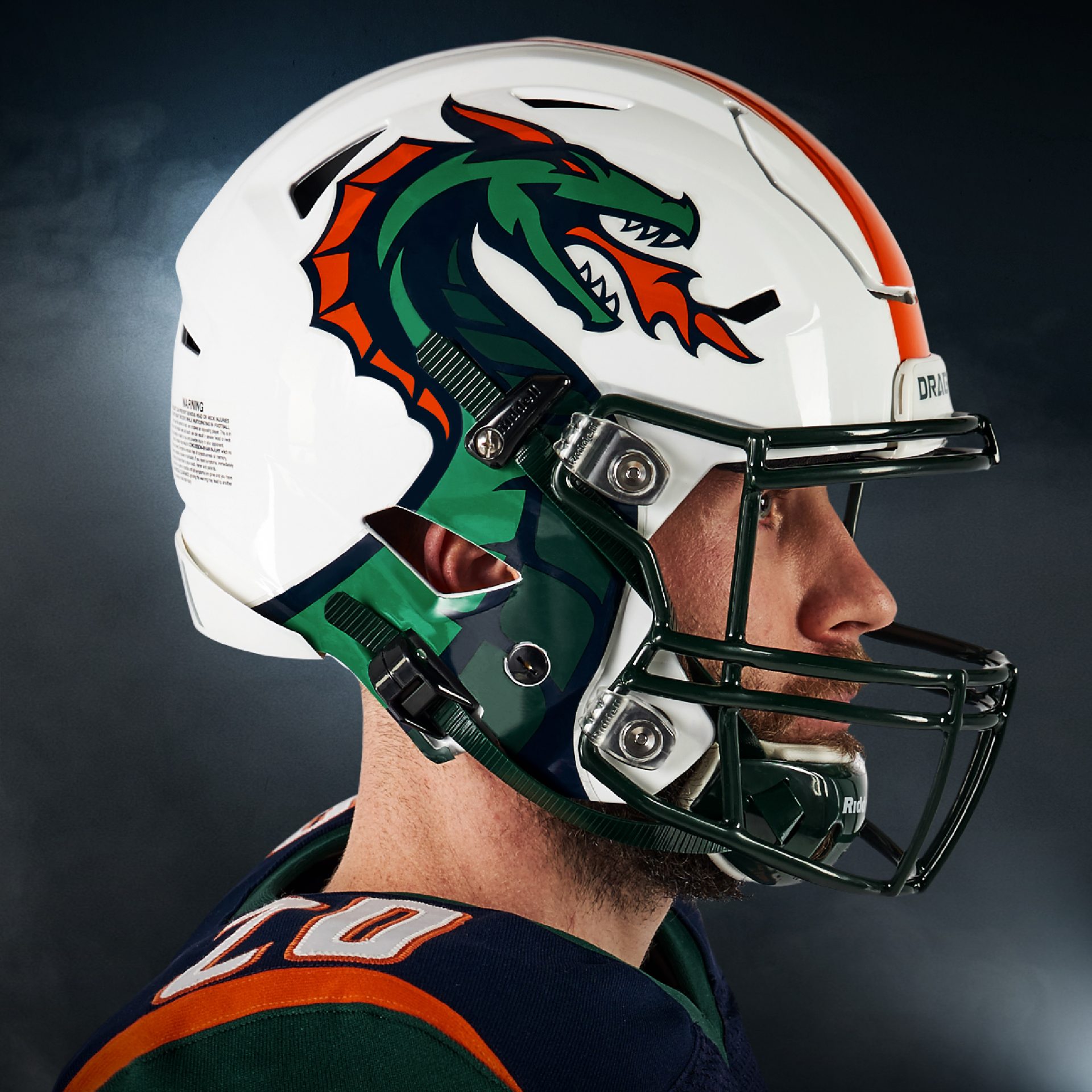 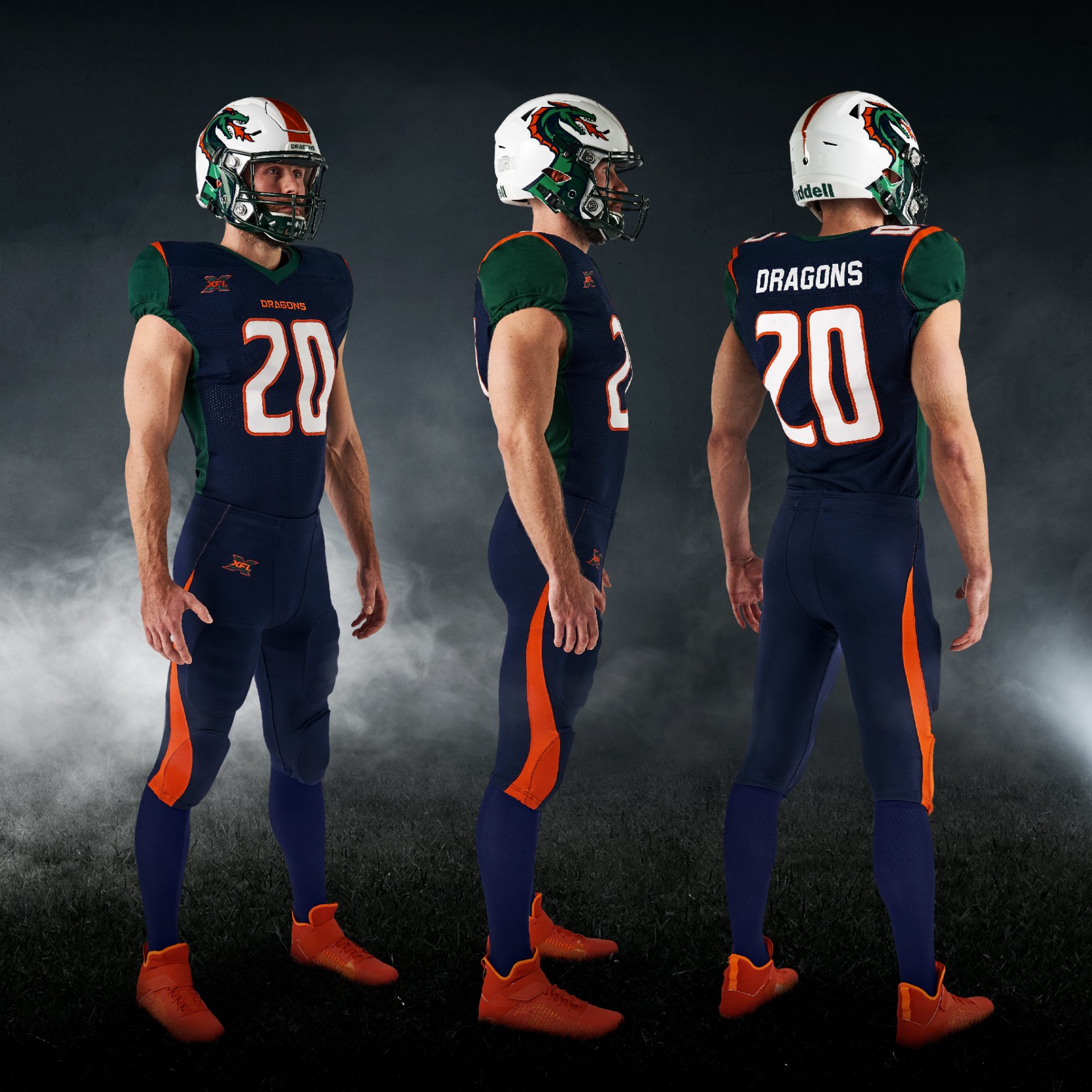 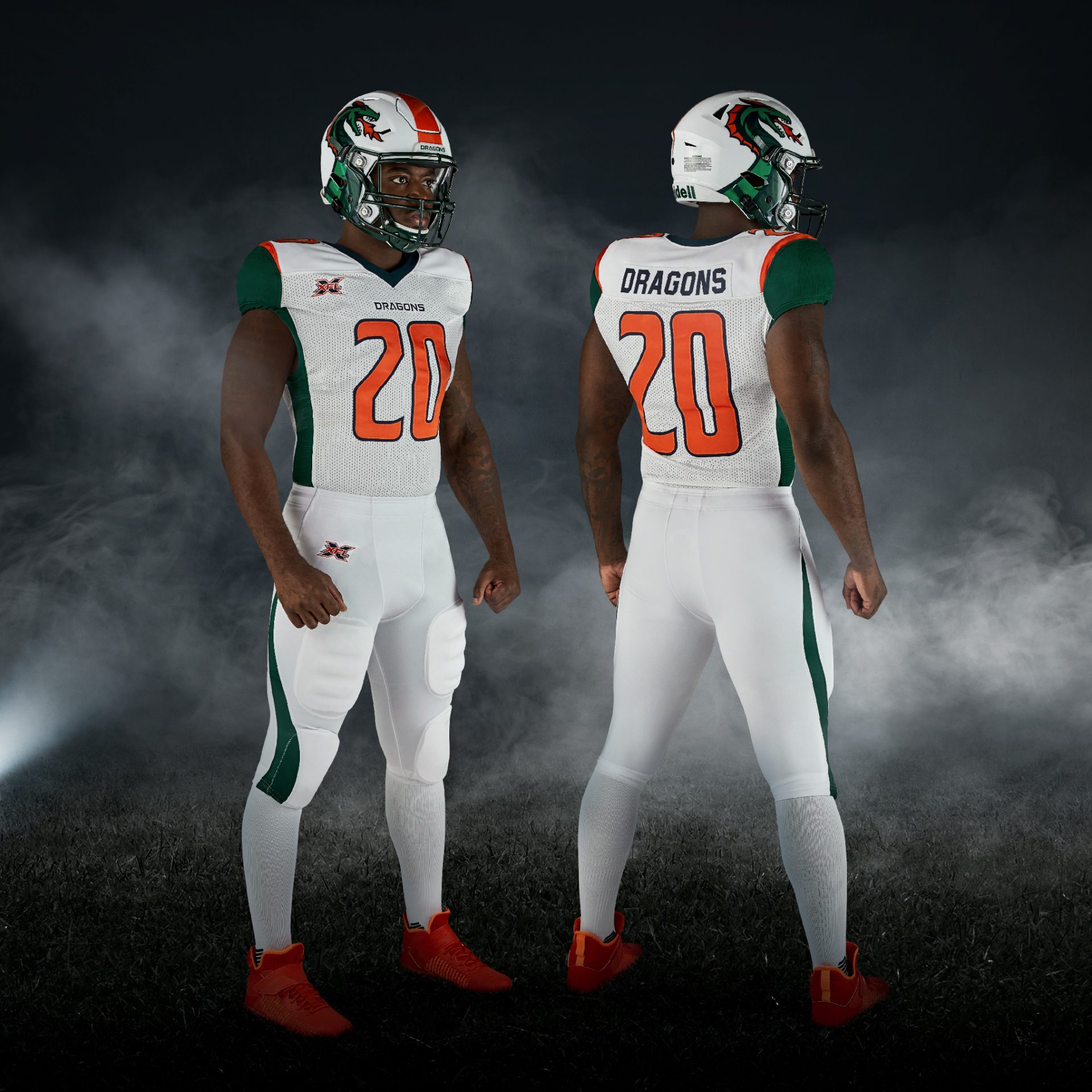 The home jerseys feature a navy body, while the away jerseys are white. Both jerseys have green sleeves with orange inserts, navy neck, green cuffs, and side panels, and embroidered with the Dragons team name. The player’s numbers are on their fronts, backs, and shoulders.

The uniforms are inspired by a story:

Emerging from the turbulent seas of the Puget Sound comes a team fashioned to inspire fear. Born beneath the murky skies, they are devils in deep blue, shrouded in the dark indigo mists of some ancient abyss. Their wings are covered in scales of green, like an emerald monster. Their flame-licked tails are the incandescent orange of a fire-breathing beast.

Fans were quick to point out that the uniforms make the team look like a cross between the Broncos and Dolphins, as well as being Miami Hurricane-esque.

The players, however, are loving them and can’t wait to “breathe fire” this season.

Based on the reaction, I think it’s safe to say our players enjoyed the uniform reveal. 🔥🐲 pic.twitter.com/1PSjBFny6Z

The eight teams will play a 10-game regular season, with new rules added since its single season in 2001.