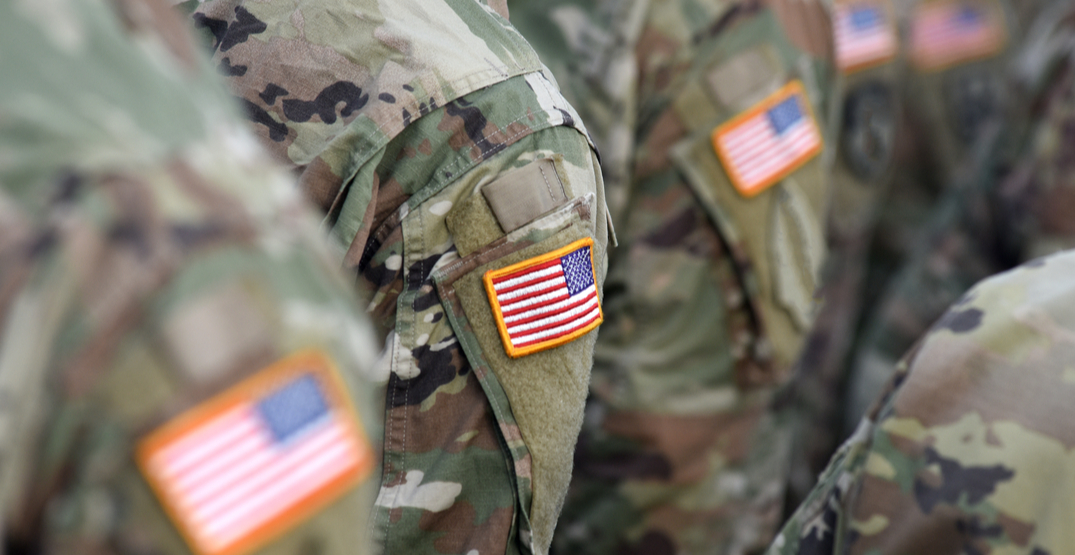 The mayors of Seattle, Atlanta, Chicago, Washington, Kansas City, and Portland penned a letter Monday to Attorney General William Barr and Acting Secretary Chad Wolf expressing their “deep concern and objection” to the deployment of federal forces in their cities.

The leaders said the forces are “conducting law enforcement activities without coordination or authorization of local law enforcement officials,” which “violates fundamental constitutional projections and tenants of federalism.”

In some of the six cities, expectations for law enforcement including identification of officers, training, and recorded body camera footage are “being blatantly disregarded by federal forces.”

The letter writes that “law enforcement is being deployed for political purposes” and urges Attorney General Barr and Acting Secretary Wolf to immediately withdraw their forces and agree to no further unilateral deployments in the cities.

Here’s the letter in full:

We write to express our deep concern and objection to the deployment of federal forces in our cities, as those forces are conducting law enforcement activities without coordination or authorization of local law enforcement officials.

The unilateral deployment of these forces into American cities is unprecedented and violates fundamental constitutional protections and tenets of federalism. As you are well aware, President Trump threatened to deploy federal forces in Seattle to “clear out” a protest area and in Chicago to “clean up” the city. Seattle and Chicago authorities objected and threatened legal action to stop such actions. In Washington, DC outside Lafayette Park, extreme action was taken by federal law enforcement against protesters without the Mayor of DC’s approval. Acting Deputy Secretary of Homeland Security Ken Cuccinelli said in recent days that the administration intends “to continue not just in Portland but in any of the facilities that we’re responsible for around the country.” This abuse of power cannot continue.

Deployment of federal forces in the streets of our communities has not been requested nor is it acceptable. While U.S. Marshals have had jurisdiction inside federal courthouses for decades, it is unacceptable and chilling that this administration has formed and deployed the U.S. Department of Homeland Security Rapid Deployment Unit and is sending federal authorities to conduct crowd control on city streets and detain individuals. In Portland, their actions have escalated events and increased the risk of violence against both civilians and local law enforcement officers.

In Portland, federal forces have used significant force against protesters on a nightly basis, including shooting one individual in the head with a munition, reportedly fracturing his skull. Others “snatched” an individual from the street without proper identification and placed him in an unmarked vehicle. These are tactics we expect from authoritarian regimes – not our democracy.

In many of our cities, our communities have expectations for law enforcement, including identification of officers, training, and recorded body camera footage, among many other expectations and policies. These expectations are being blatantly disregarded by federal forces. In most cities, there is also independent oversight of use of force policies and officers who act outside of policy. Federal officers have not been trained for urban community policing, including critical crowd management and deescalation techniques. There is no oversight of the actions of federal forces. Importantly, in Portland they do not even appear to be complying with a federal court order regarding the use of tear gas and other crowd control tools. These actions also jeopardize the many important ways federal and local law enforcement must work together to protect our cities and country.

Furthermore, it is concerning that federal law enforcement is being deployed for political purposes. The President and his administration continually attack local leadership and amplify false and divisive rhetoric purely for campaign fodder. Their words and actions have created an environment of fear and mistrust.

We are a nation of laws and fundamental constitutional guarantees. The murder of George Floyd in Minneapolis sparked a national uprising and reckoning. Millions have joined protests and exercised their constitutional rights. The majority of the protests have been peaceful and aimed at improving our communities. Where this is not the case, it still does not justify the use of federal forces. Unilaterally deploying these paramilitary-type forces into our cities is wholly inconsistent with our system of democracy and our most basic values.

Cities across America are battling unprecedented challenges: the continued threat of COVID-19, economic devastation, and a new civil rights movement. Mayors are on the frontlines of solving these challenges. We need the help of our federal government, and we have urged a range of actions to battle COVID-19, provide relief to our workers, businesses, and cities, and institute more just policing in America. But the irresponsible actions of your agencies threaten community safety and progress on policing in our communities.

We urge you to take immediate action to withdraw your forces and agree to no further unilateral deployments in our cities.