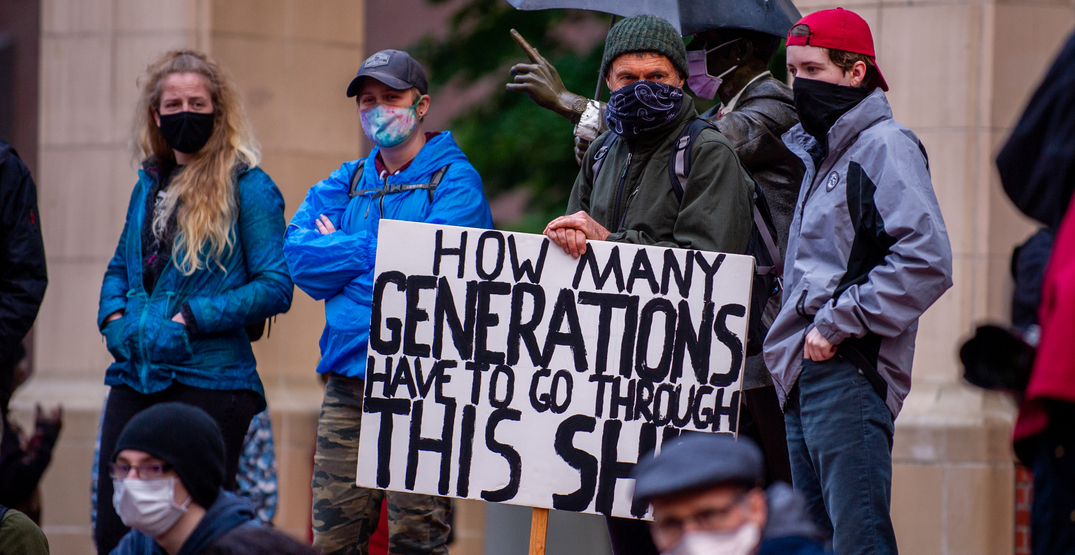 As federal law enforcement agents continue to occupy the streets of Portland and governmental officials express condemnation of their actions toward protesters and demonstrators — news of the state of Portland has gone national — a group of mothers gathered on the front lines of demonstrations this weekend.

Americans moms are always on the frontlines because if we lose our children, what else do we have to lose?

Portland moms stand on the shoulders of BIPoC moms advocating and resisting for decades with little recognition and more danger. #wallofmoms pic.twitter.com/2EKEXtOkF8

Sharon Meieran, who was part of the “wall of moms,” tweeted about her experience of being teargassed by the federal officers.

Last night I was teargassed by a federal occupying force I SAW throw canisters of poison, without warning, into a nonviolent crowd, including elders, the vulnerable. We can’t wait for Nov to drive secret police from Pdx! Democracy is slipping away in front of our tear-gassed eyes pic.twitter.com/G4H3pPALpN

Portland Mayor Ted Wheeler, city commissioners like Jo Ann Hardesty, and Oregon Governor Kate Brown have all continued to express their desire for Homeland Security to vacate the city, but President Trump is doubling down on his stance that these federal officers should remain in place.

“We are trying to help Portland, not hurt it,” Trump tweeted on Sunday. “Their leadership has, for months, lost control of the anarchists and agitators. They are missing in action. We must protect Federal property, AND OUR PEOPLE. These were not merely protesters, these are the real deal!”

According to reports publicized by the Portland Police Bureau regarding Sunday’s protests and show of force by federal officers, the city law enforcement agency was “not present during any of the activity described. Portland police did not engage with any crowds and did not deploy any CS gas.”