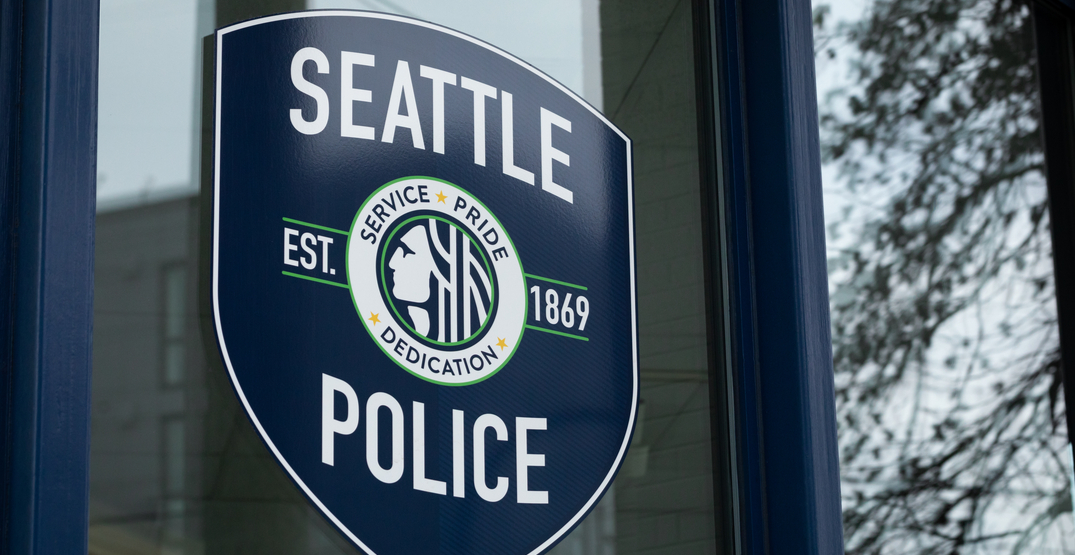 A peaceful protest that began in Westlake Park on Sunday morning turned violent when a second group showed up with baseball bats.

According to the Seattle Police Department (SPD), the two groups began marching southbound on Fifth Avenue. During this march, some individuals broke windows and tagged buildings with paint.

They then headed south to the Seattle Police Headquarters and Seattle Municipal Court, where they broke windows and spray painted both buildings.

According to a report from SPD, “the demonstration then marched northbound on Third Avenue, where some businesses were targeted by individuals with more smashed windows, looting, and graffiti on the walls.” The march then arrived to the West Precinct, where some individuals attempted to break into the building, throwing rocks and bottles at the police officers guarding the building.

The SPD reported that “an unknown person or persons threw multiple large mortar-type fireworks at officers from a close range,” which injured a number of officers with lacerations, vibrations, and burns. A total of twelve officers were injured.

To “stop the assault on officers,” the SPD used blast balls and pepper spray. Officers arrested two individuals, one for assault and the other for theft.

The group eventually broke up at Cal Anderson Park, after marching through Capitol Hill committing further property damage and looting. A large, mortar-type firework was thrown inside the lobby of the East Precinct, causing a small fire that was quickly extinguished.

Arson and bomb detectives along with members of the Bureau of Alcohol, Tobacco, and Firearms are conducting follow-up investigations related to the arson and fireworks, while detectives will be following up on the reported property damage and looting incidents.

Anyone with information is asked to contact the Seattle Police Department.

Demonstrators went from Westlake Park to the Municipal Courthouse and then headed back north to the West Precinct…leaving behind a trail of property destruction. These are criminal acts, not peaceful protests. pic.twitter.com/7GYkDxAg9s