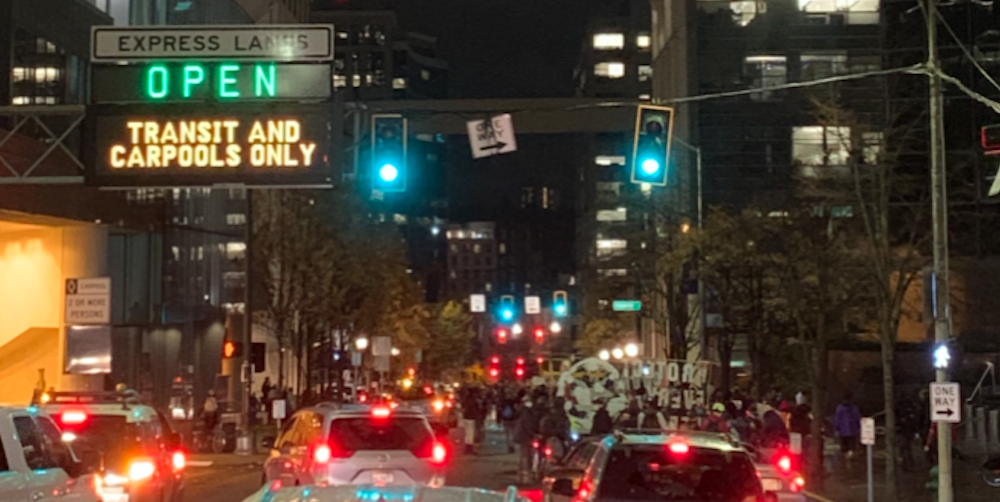 Crowds began to gather early Wednesday evening around Occidental Park to join in on Protect the Vote protests that have been taking place across the country.

Five and a half hours after people began demonstrating, the Seattle Police Department (SPD) has given a dispersal order to the crowd, citing destruction to property, damage to police vehicles, and continued blocking of a major intersection as reasons for the order.
Three arrests have been made at 12th and pine. One male suspect was arrested for obstruction, resisting arrest, and assaulting an officer. Two female suspects have also been arrested for obstruction and property damage, Tweeted the SPD.

According to event organizers, the Protect the Vote rallies are direct reactions to President Donald Trump’s remarks yesterday where he’d declared that he’d won the election.

Organizers have announced a unified message: “We, the American People, insist that you Count Every Vote, and we will stand in solidarity to protect our communities against any and all threats from militia, white supremacists or governmental forces while you do.”