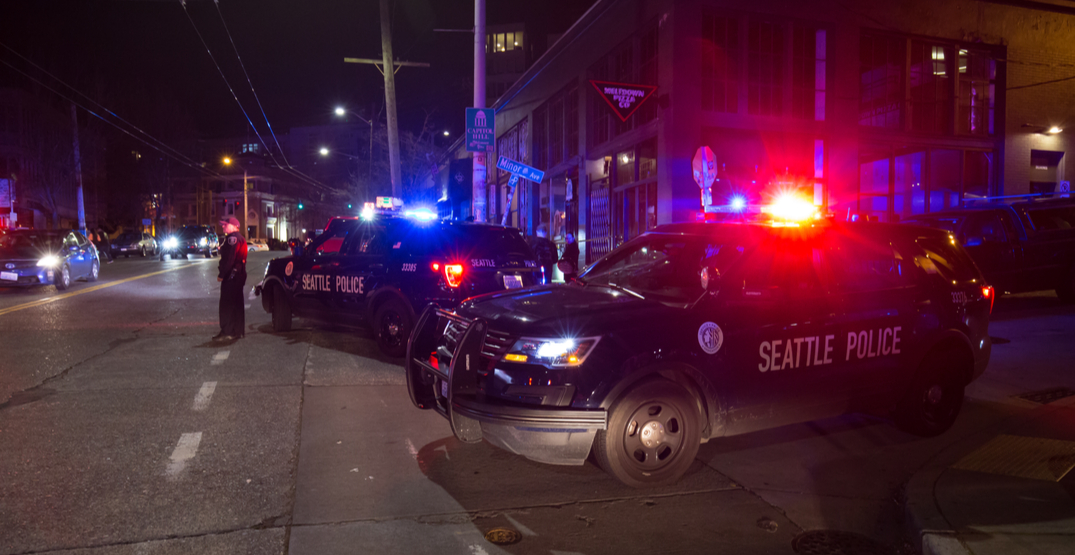 While the majority of the marches remained peaceful, eight arrests were made for pedestrian interference, obstruction, assault on an officer, reckless driving, and criminal mischief.

According to the Seattle Police Department (SPD), one march began in Cascade Park, while the other started in Cal Anderson Park and moved west on Denny and Summit.

As the groups moved, the SPD delivered public safety warnings.

Group is moving west on Denny Wy. Public safety warning has been given. pic.twitter.com/Itk6SH3ftz

As the night went on, marchers began moving traffic barricades and nails into the roadway, according to the department. One person was arrested.

Additional arrests took place later on as a driver became separated from the larger group at Fairview/Harrison and drove over a barricade, through an SPD bike line.
Officers arrested an additional person for damaging a parking meter with a hammer.