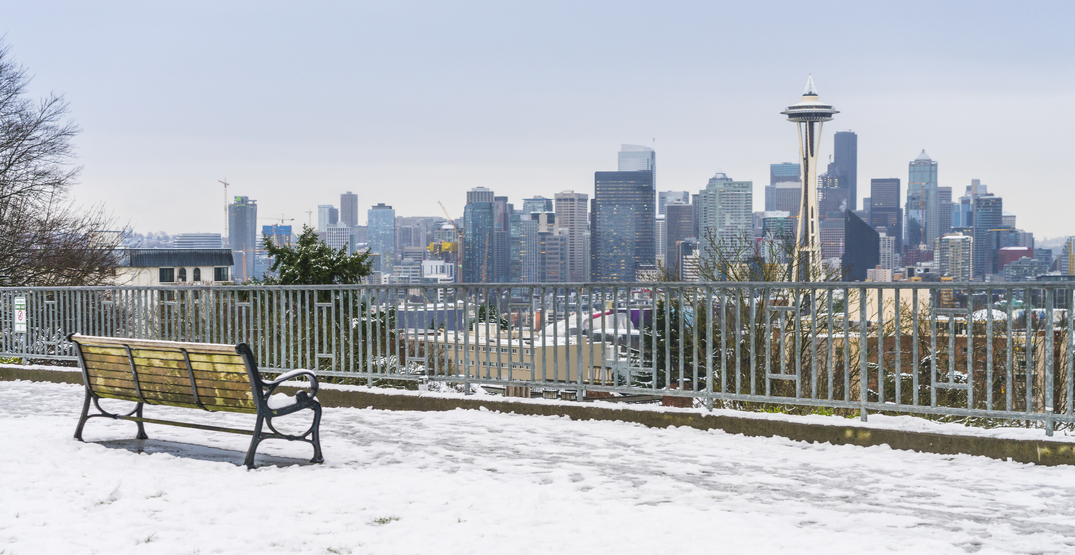 While we missed out on a white Christmas this past year, the first work week of January may already be making up for last month’s lack of snow.

At 4 am this morning, an urgent winter weather message was dispatched from the National Weather Service alerting residents that a storm system is arriving today with snow expanding into many areas of Eastern Washington. Residents and travelers are urged to drive carefully and safely.

While this alert doesn’t directly impact Seattle, it gives insight into what is coming in the next week. It’s in effect until 10 pm tonight and includes the Cascade Crest including Highway 2 from Coles Corner to Stevens Pass, Plain, Lake Wenatchee, and Mazama.

Regarding snow in Seattle, this weekend is likely the time for you to see some of the white stuff.

Beginning Sunday, snow is expected to fall in Seattle with temperatures reaching a high of 40 degrees and a low of 34 degrees.

❄️Yes, those snowflakes on your weather app starting Sunday are legit. ❄️

What’s not shown, however, is how much snow could fall/stick. Near impossible to say this far out—but I’d lean toward lighter amounts. No strong sign of a Feb 2019 repeat…yet. pic.twitter.com/K9tORDcVl7

“By next weekend, our ski season will be set, and the water supply in much better shape… Very cold air will be moving southward into Washington next Sunday. Plenty cold enough for snow. All that is needed is moisture.” says weather blogger Cliff Mass.

According to Seattle’s ten-day weather forecast, there’s a very high chance of precipitation, which points towards snow. 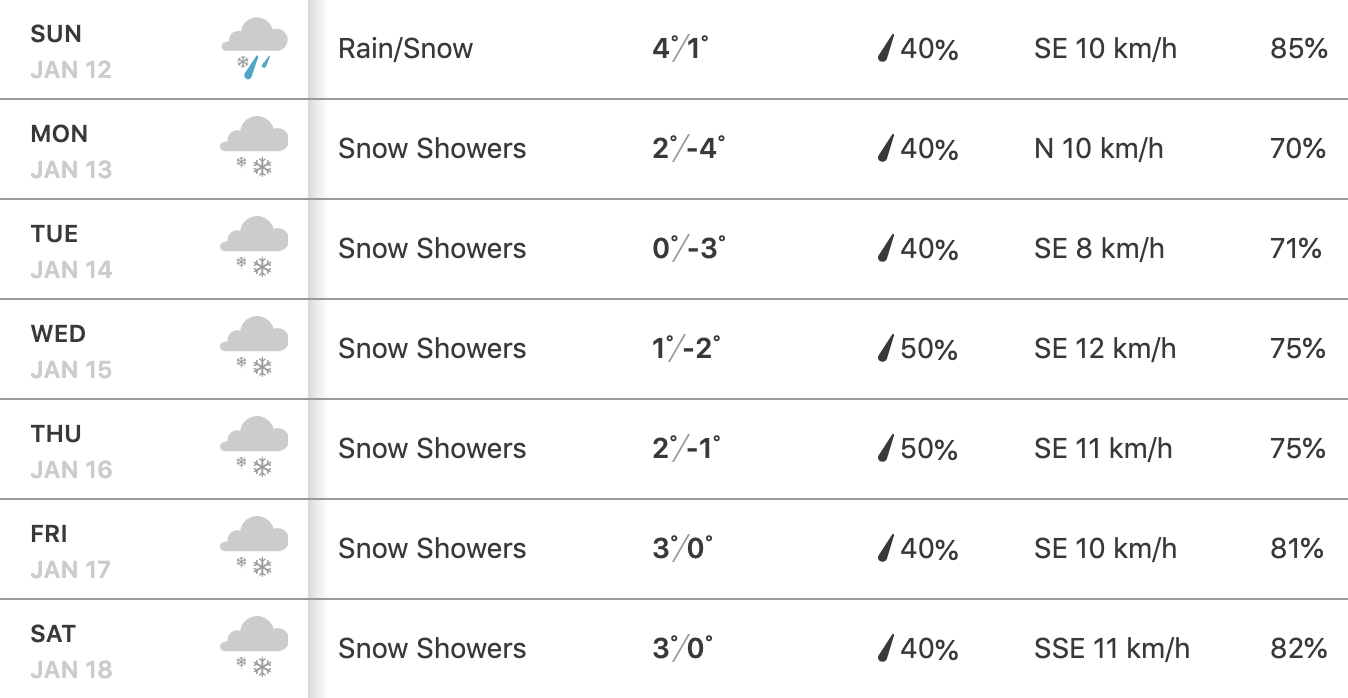