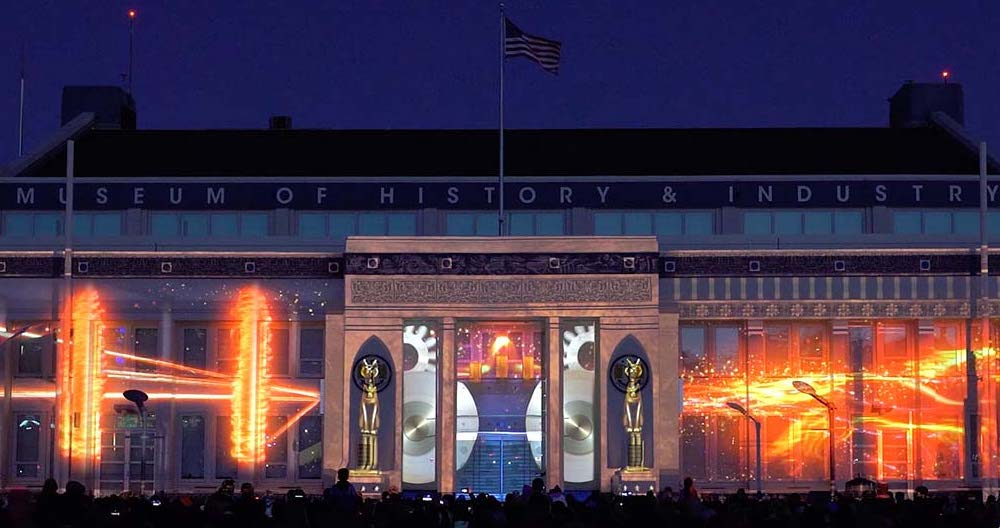 Known as a kaleidoscope of light, color, and illusion, Borealis Festival of Light is making its return to Seattle in October 2020.

Borealis claims to be the first festival in the US to host a global competition of light art and technology. The free festival featured live art, live music, street art performers, and multi-media video mapping which transformed surrounding buildings into a virtual reality paradise.

This year, the festival is returning and promising to be bigger and better than ever after its year-long hiatus.

The free festival will take over the South Lake Union neighborhood with light art installations from regional and international artists competing for the title of best installation. MOHAI, the Museum of History and Industry, will once again become an urban canvas transformed by projection mapping and music at the end of each night.

According to Borealis, “Projection mapping, also known as video mapping, uses the specific features of building, structure or other irregular surfaces as a canvas for animated imagery of computer-generated graphics, video, or combination thereof … While the crown jewel of Borealis is the video projection mapping showcase, it represents only one aspect of a diverse art practice collectively referred to as light art.”

During the event, expect to see street performances, interactive light art displays, live music from local bands, as well as food trucks and a beer and wine garden for those aged 21 and older.

While the festival is free and open to the public, tickets are required for the video mapping performances and will be available at a later date.

If you’d like to volunteer for the festival, applications are currently open online.