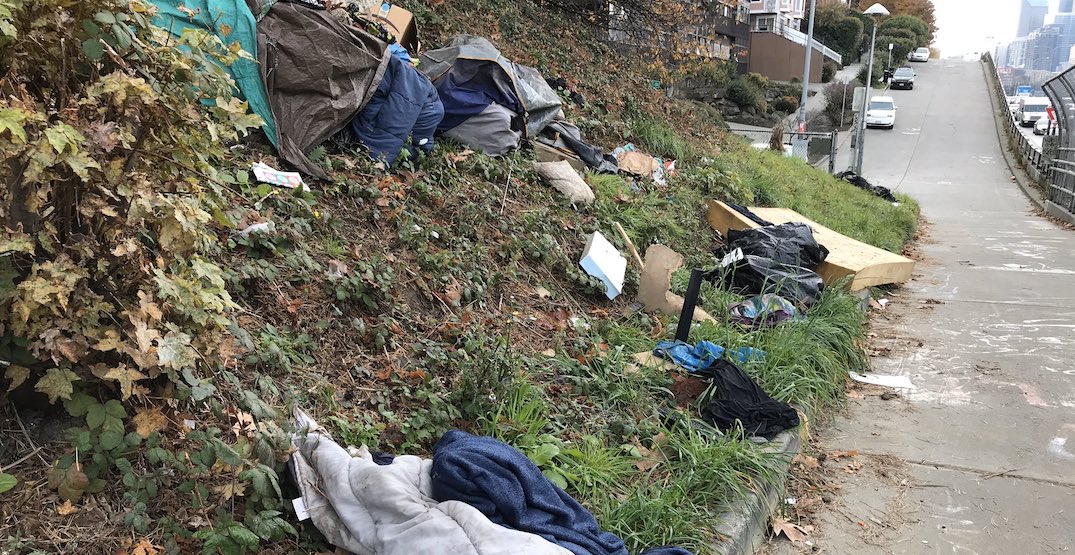 Although we Seattlites like to preach about our love of nature and our sustainability practices, it’s no doubt that we may not be the cleanest when it comes to the amount of trash left in public spaces.

Since April 2019, one Twitter account, @SeaTrashed, has been documenting “the reality that many of us see and encounter every day in our city.”

After looking at their captions, we’ve deduced that they live in or around Eastlake, with most of their posts highlighting the fact that we need to start cleaning up the city.

Their more recent posts have taken a political turn, indicating the poster wants to reach out to some of Seattle’s leaders.

Here are a few notable posts from other accounts that share the same beliefs:

While the City of Seattle did not comment directly about the above postings, they did remark to Daily Hive that the city has several programs that address waste including the following programs:

In addition to these programs, a Seattle Public Information Officer mentioned that there is “decreased response time to litter and illegal dumping through the utilization of real-time technology which results in a faster intake process, triage protocol for reports, and updates to customers about the progress of their complaint from start to finish.” SPU also continues to monitor “hot spot” areas and neighborhoods daily while making weekly collection rounds.

The city also noted that customers can report illegal dumping and litter issues directly online or by calling the SPU illegal dumping hotline at 206-684-7665. If waiting on the city isn’t something you feel like doing, take immediate action by gathering a few friends and hosting a neighborhood clean up.