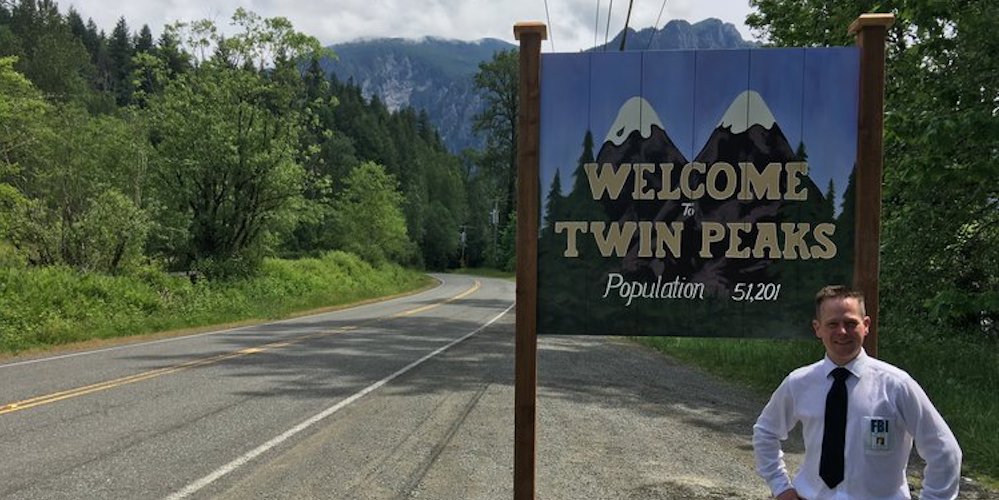 Who killed Laura Palmer? Re-open the case by traveling into the puzzling and dark universe of Twin Peaks during a guided television tour hosted by Twin Peaks superfan, David.

In April of 1990, David was so interested in Twin Peaks that he’d bring his friends out to find the filming locations — without the help of Google. Twenty-six years later, with the return of Twin Peaks, he’s offering you the chance to “feel like you’ve stepped through the screen and into the very visceral world of Twin Peaks.”

The Season 1 and 2 tour takes approximately three to four hours and begins with a 30-minute drive east of Seattle. You’ll be able to see Laura and Donna’s picnic spot, Twede’s Cafe, Twin Peaks High School, and the iconic Welcome to Twin Peaks sign.

The tour will end at The Roundhouse, the Secret Society Bookhouse, and Big Ed’s Gas Farm.

The Season 3 tour also takes three to four hours and typically starts at 10 am with a 45-minute drive east of Seattle. This tour will take you to 33 locations, weather permitting, beginning at the “Convenience Store” and Dear Meadow to Jack Rabbits Place and beyond.