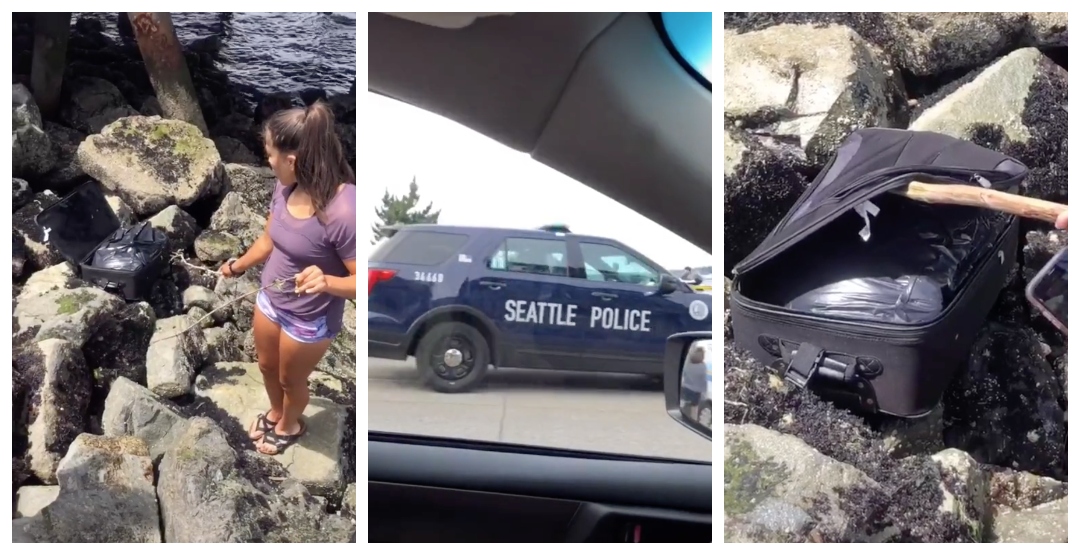 A group of Seattle teenagers were playing around with a “choose your own adventure” app, Randonautica, which brought them to Alki Beach this weekend.

The teens were led to a specific part of the beach, where they came across a black suitcase. Curious, they climbed down the rocks to see what was inside. “We were joking that the suitcase would have money,” they explained in videos uploaded to TikTok.

The teenagers stated that a foul stench was coming out of the bag, which only got worse when the teenagers pried the suitcase open with a stick.

They then called the police, who supposedly took nearly three hours to arrive.

“Eventually, the tide came up, exposing the contents in the bag. The contents eventually floated away and they had to get scuba divers to retrieve them.”

Detectives later confirmed that “several bags containing human remains were located near the water in the 1100 block of Alki Avenue SW [Friday] afternoon.”

The videos can be viewed below: