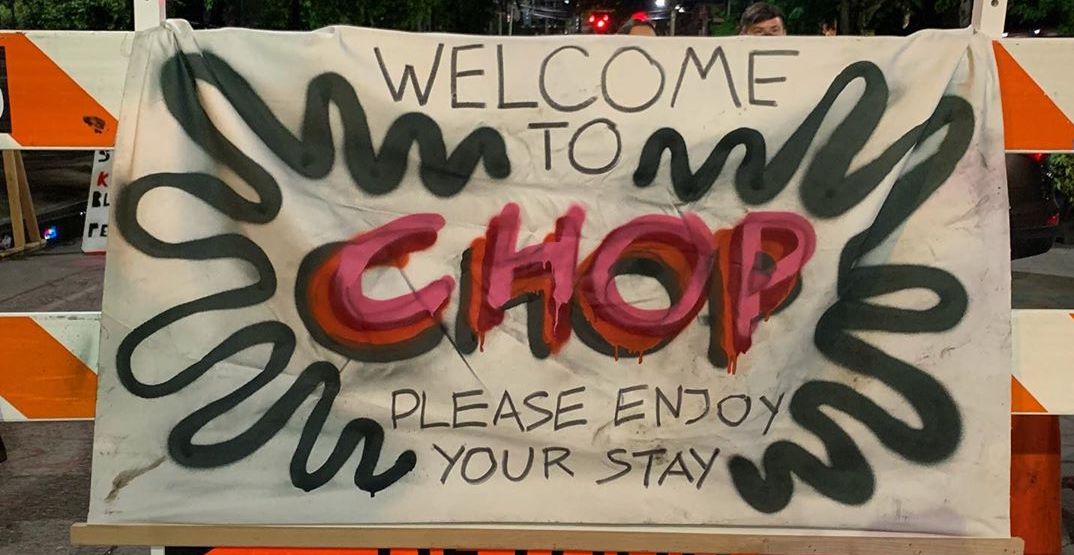 The Capitol Hill Organized Protest (CHOP), formerly known as the Capitol Hill Autonomous Zone (CHAZ) and Free Capitol Hill, is a six-block space that’s been occupied by protestors for a little over a week.

Although protests have remained peaceful in the area, some residents have complaints and are calling for its closure.

Several alleged residents have shared online that they’re looking for peace and quiet at night and that “telling us that this is better than tear gas and flash bangs is not making this noise any more bearable.”

Since June 8, the area has since been plastered with murals and has hosted its own town halls and movie nights.

According to Reddit user chocolatefondant, even earplugs aren’t drowning out the sounds. “How am I supposed to be supportive of police-free environment if in this environment no one cares about people who actually live here? You blast music 24/7 and don’t give us ANY BREAK,” they posted.

Some have even begun comparing the activity to a street festival, with one person calling it “Burning Man in the middle of the city” and another deeming it the “Capitol Hill-a-Palooza.”

“Having been through the zone several times, my observation is that most people visit to hang, listen to the music, and check out the art. Definitely has a block party vibe,” said darwinsbutterchicken.

Besides the noise, some Seattleites believe CHOP has taken away a large percentage of what the movement is about — justice and police reform.

I’m so FUCKING TIRED of white people treating #CHOP like it’s the first festival of the summer. Black womxn are DISAPPEARING & FOUND DEAD. Black men are being LYNCHED. Black Trans people are being killed DAILY and Y’ALL ARE PARTYING?

FOR WHAT? THERE IS NOTHING TO CELEBRATE!

#CHOP NOT CHAZ –
Please remember if you’re heading down to Seattle to join in an actual march or protest, the CHOP is not a festival, this is not a tourist attraction, it is an occupied space for a reason. We aren’t here to have fun, we are here to support Black voices. pic.twitter.com/rmUGg6lj5d

The City of Seattle has responded to CHOP positively within the last few days, saying that “first amendment activities can continue” as protesters maintain public safety and allow access for residents and businesses in the area.

On June 16, in coordination with protesters on-site, the City removed a tent barrier at 10th and Pine and replaced it with a sturdier concrete barrier to improve public safety. According to the City, working with protesters, they’ve reconfigured the CHOP “to allow for public safety and better access for the local community. That has involved rerouting traffic, freeing up alley access, opening streets, and replacing makeshift barriers with heavy concrete barriers that can be painted.”

SDOT barriers in place up and down E. Pine in the heart of the #CHAZ / #CHOP. pic.twitter.com/cRhaZo68iH