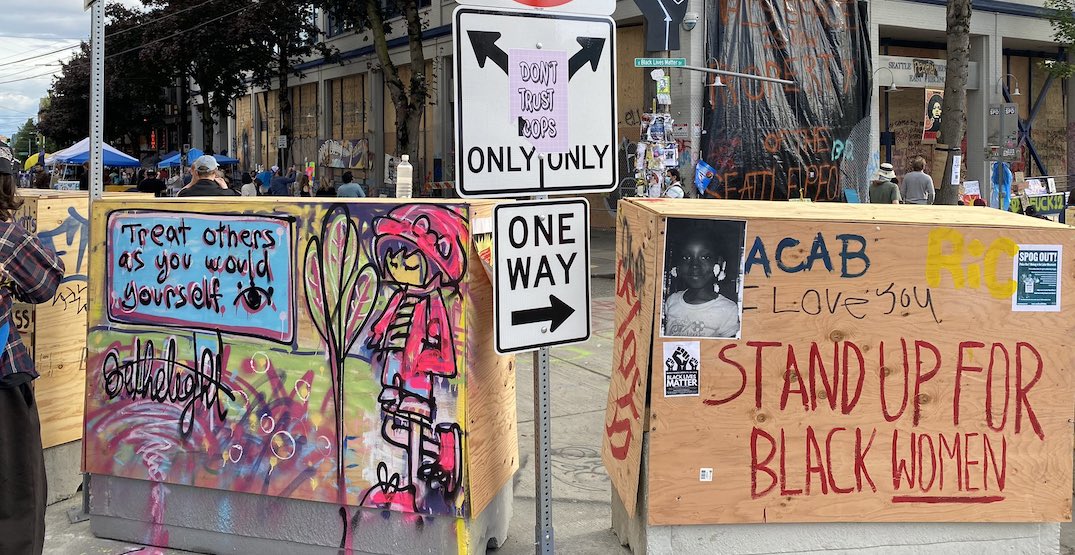 Although the space had remained peaceful since its inception, this weekend saw two separate shootings, both of which took place at Cal Anderson Park.

At 2:30 am on Saturday, Seattle Police Department officers responded to a report of shots fired at Cal Anderson Park. According to the officers on site, they “attempted to locate a shooting victim but were met with a violent crowd that prevented officers safe access to the victims.”

Saturday’s early-morning shooting left one man deceased and another in the hospital recovering from life-threatening injuries. Officers were informed that both victims had been transported to Harborview Medical Center by CHOP “medics.”

On Sunday at 11:26 pm, the Seattle Police Department confirmed that they were investigating a second reported shooting inside the CHOP zone at Cal Anderson Park. They tweeted that there was one person at Harborview Medical Center with a gunshot wound and they were working on verifying a report of a second shooter. Although they’d received reports of a second injured person, they have been unable to confirm.

On Monday morning, it was revealed that the victim of the shooting was a 17-year-old male. According to a police report, “At 10:03 PM, police were monitoring a demonstration which had marched from the Capitol Hill Organized Protest area to the West Precinct at 8th and Virginia in downtown Seattle. The march was returning to Capitol Hill when SPD’s 911 Center received multiple reports of gunfire near Cal Anderson Park.”

The 17-year-old victim was treated at Harborview Medical Center and has since been released from the hospital.

Anyone with information about either shooting is asked to contact the Seattle Police Department’s Violent Crime tip line at (206) 233-5000.