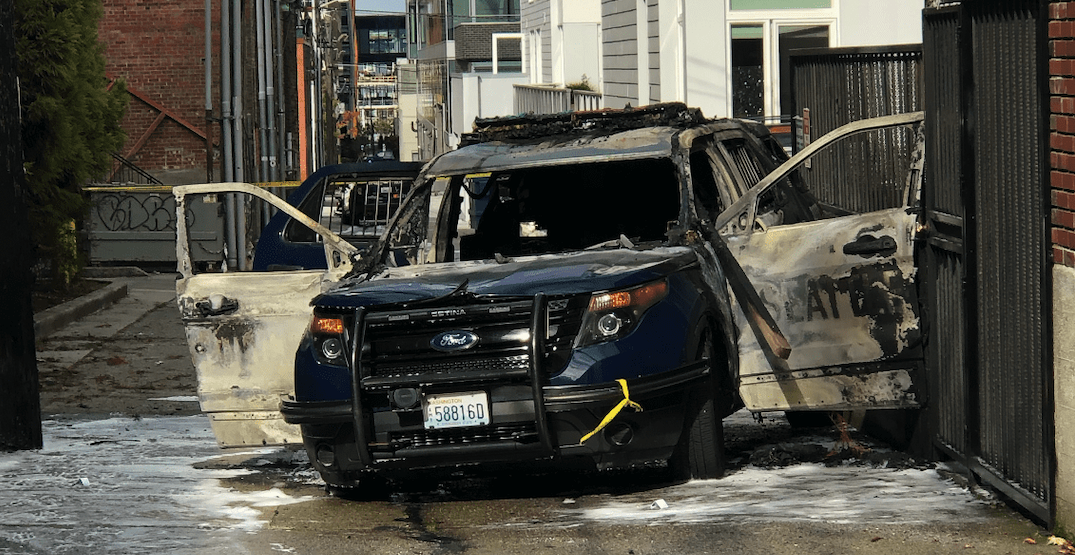 Around 1:30 pm on Thursday, a Seattle Police Officer was in their patrol van searching for a fire-wielding suspect when said suspect allegedly threw the flaming piece of lumber into his vehicle.

The officer, Caleb Pomazon, was driving through an alley between Dexter Avenue and John Street during the attack, states a release from the Seattle Police Department.

Although he got out of the vehicle unharmed, the flames from the burning piece of wood engulfed the patrol vehicle.

Police have since released footage of the incident, in which one officer is believed to have discharged a firearm. The suspect was not struck.

Additional responders then chased the 37-year-old suspect into a parking garage, where they deployed a taser and took him into custody, according to the SPD release.