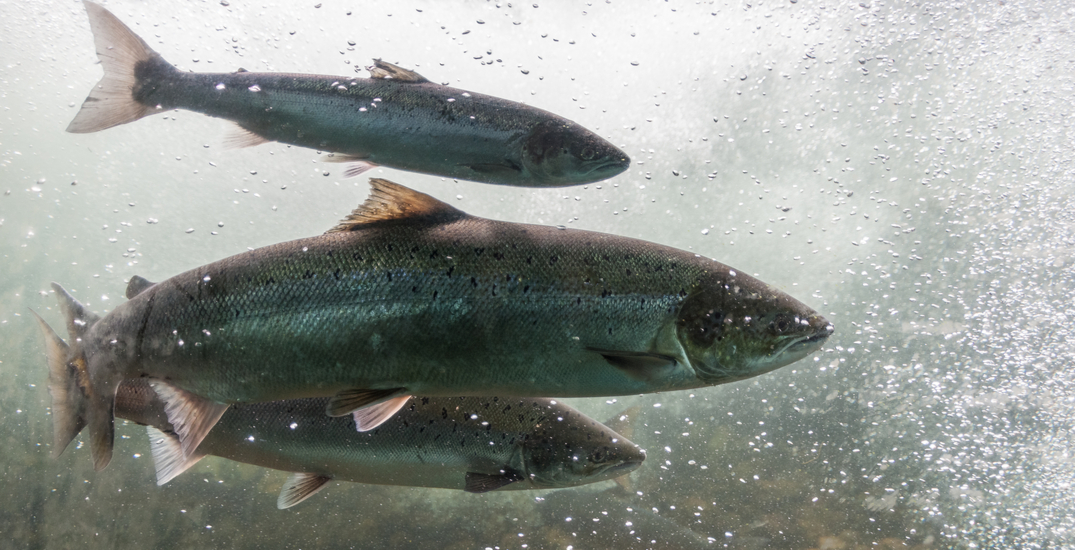 Peer into the waters at Pier 70 and you just may see a school of salmon.

According to Washington Department of Fish and Wildlife fish biologist Aaron Bosworth, the adult and juvenile salmon swim by Pier 70 every year as the shoreline area provides important habitat for juvenile salmon.

All of these salmon are returning to the Green/Duwamish River where they will spawn.

If you’re worried about whether or not you’d startle the fish by hanging out on the pier, don’t worry, they’re probably too far away to even notice you. Bosworth told Daily Hive that salmon using the area around Pier 70 are likely to be swimming deep in the water and may be difficult to see from that location.

Those looking to catch some fish are allowed to fish for adult salmon but must adhere to the fishing regulations in the WDFW Fishing Regulations Pamphlet.

The salmon could be swimming past Pier 70 until about mid-November, according to Bosworth. If Pier 70 is too out of your reach, millions of salmon spawn in the state of Washington, including Chinook, coho, pink, chum, and sockeye salmon.