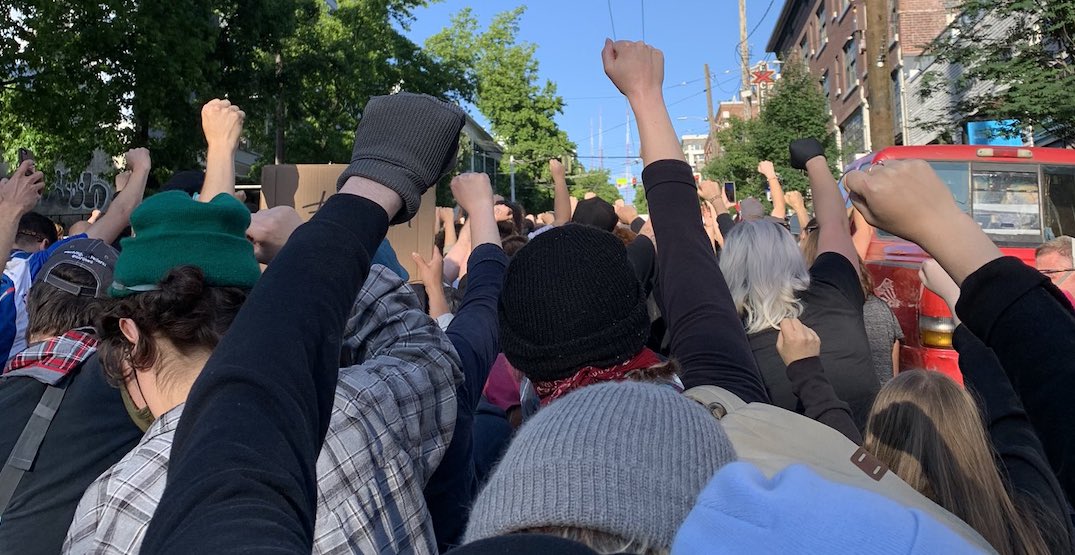 In an Instagram post shared Friday, Barack Obama revealed his thoughts on the killing of George Floyd.

“It’s natural to wish for life ‘to just get back to normal’ as a pandemic and economic crisis upend everything around us. But we have to remember that for millions of Americans, being treated differently on account of race is tragically, painfully, maddeningly ‘normal’ – whether it’s while dealing with the health care system, or interacting with the criminal justice system, or jogging down the street, or just watching birds in a park.⁣”

His wife, Michelle, was also “pained by these recent tragedies” and is “exhausted by a heartbreak that never seems to stop.”

She shared that “race and racism is a reality that so many of us grow up learning to just deal with. But if we ever hope to move past it, it can’t just be on people of color to deal with it.”

For those who aren’t able to join the protests, the Obama Foundation has listed some ways you can help combat police violence and systemic racism that doesn’t require leaving the house.

Learn about police violence and anti-racism through these Obama-recommended links:

The recommended reforms in this report, which are intended to create accountability and build better relationships between law enforcement and communities of color, stem from Former President Obama’s Task Force on 21st Century Policing.

A reflection on the current state of police reform with recommendations for progress.

A look at data and research-informed policy solutions that communities can put in place to end police violence.

Center for Policing Equity — The Science of Justice: Race, Justice, and Police Use of Force

This detailed report delves into police administrative data to show disparities in the use of force. You can watch the director of the Center, Phillip Atiba Goff, deliver a TED talk on fighting racism and improving policing here.

An online portal to help families, individuals, and communities talk about racism and commit to being anti-racist.

Here are other ways to take action:

Sign this petition calling for the end of police violence against Black people.

Support George Floyd’s family through this fund designed to cover expenses and care for his children and their education.

Help support bail for protesters in your community.