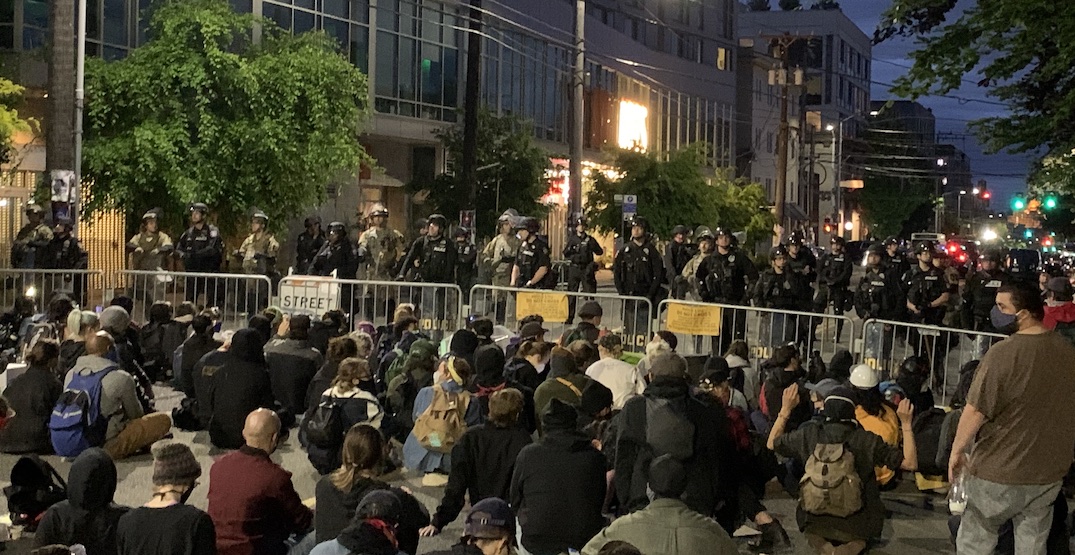 As of Wednesday night, Seattle’s 5 pm curfew is no more.

Mayor Jenny Durkan has decided to rescind the city’s daily curfew, which had been in effect since Saturday night.

For those peacefully demonstrating tonight, please know you can continue to demonstrate. We want you to continue making your voice heard.

During the hours of the curfew, residents were advised to stay in their homes. The mayor had explained that the curfew would be enforced if violations that resulted in public health or safety threats were committed.

Durkan had also issued an emergency order declaring a Proclamation of Civil Emergency as a result of the escalating violence and destruction from the protests.

As well, Durkan issued an order banning all weapons, “formal and informal.” She requested 200 unarmed National Guard personnel to “assist with infrastructure, protection, traffic, and crowd management” on Saturday through to next week.

“For most of today, the demonstrations were peaceful, and I thank all those who chose to exercise their right to protest without hurting others,” Durkan stated. “However, in the late afternoon, demonstrations downtown quickly turned violent. Molotov cocktails were thrown, lit fireworks were launched into peaceful crowds, and our firefighters couldn’t access burning buildings because of the crowds.”

Most demonstrations have since remained peaceful, with Durkan saying in a Sunday press conference that “much of the violence and destruction, both here in Seattle and across the country, has been instigated and perpetuated by white men.”

With files from Emily Rumball