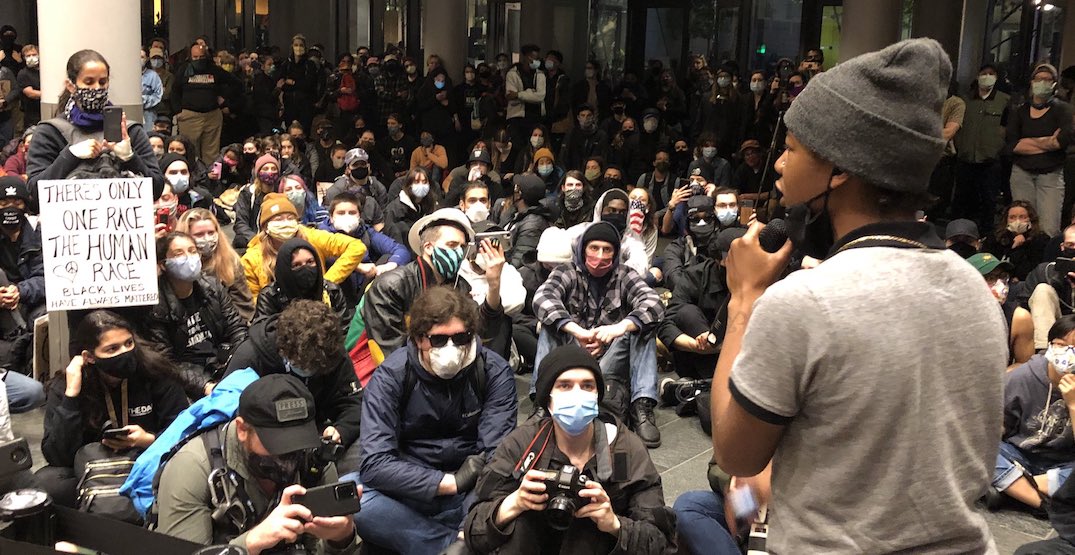 On Tuesday night, protesters followed the lead of Seattle City Councilmember Kshama Sawant as they took their chants from the streets to the inside of Seattle City Hall.

The protesters were seen walking in with their signs before peacefully filling the building with both their bodies and voices. They took part in numerous chants urging Mayor Jenny Durkan to resign before hosting a session in which various people took to a microphone to share stories and speeches.

Although some reports have claimed that protesters broke into City Hall, the protesters say they entered through doors opened by Councilmember Sawant. Daily Hive has reached out to Sawant’s office for comment, but did not hear back by time of publication.

#BlackLivesMatter protesters in #seattle have taken city hall. Thousands are moving in. pic.twitter.com/1cTRNRZ5fv

I just can’t believe my eyes this is the scene inside Seattle City Hall right now. pic.twitter.com/MhzzrECx6a

Seattle City Hall has been occupied by #BlackLivesMatter pic.twitter.com/L7m2vKpf6a