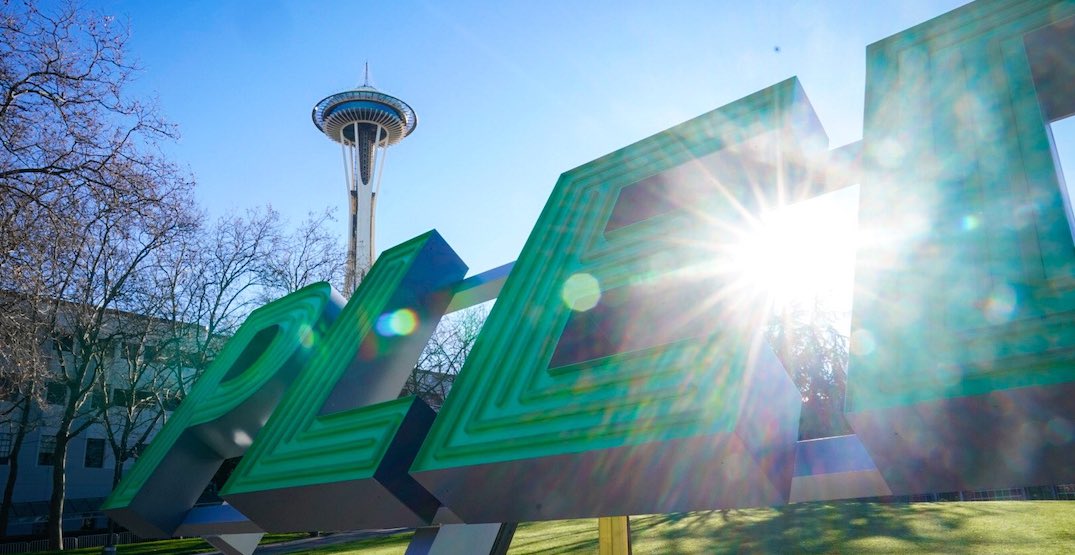 Looking much like the renderings released earlier this year, the signage is a bold green and blue that reads out the words “Climate Pledge Arena.”

While the sign was met with mostly positive feedback, several people did poke fun at the layout by calling it “pledge pledge arena arena” and making a few silly memes.

The new NHL arena is sponsored by Amazon and will become the first net zero carbon certified arena in the world — powered 100% by solar energy, rather than natural gas, with the use of panels on-site and off-site.

“The arena will run solely on electric for daily operations, eliminating all fossil fuels from the building and installing the first all-electric dehumidification systems in the National Hockey League,” NHL Seattle said in a media release.

The arena at Seattle Center is currently being reconstructed into what will effectively be a brand new arena under the “iconic” roof, which is being preserved. The newly minted Kraken will begin play in the fall of 2021.