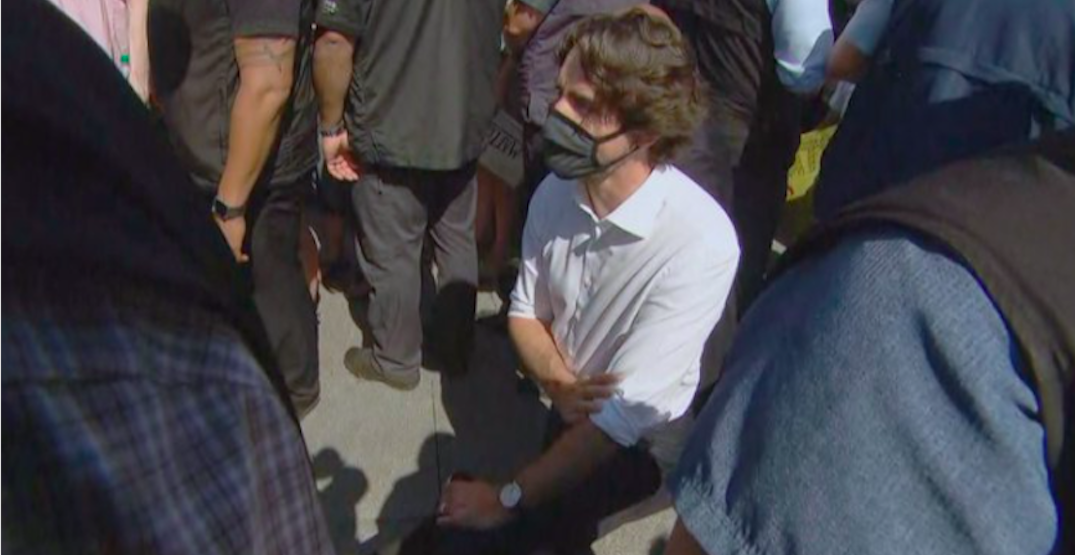 Trudeau takes a knee at the protest in Ottawa (@WaytowichNeil/Twitter)

During the protest, Trudeau was seen taking a knee alongside the Minister of Families, Children and Social Development Ahmed Hussen.

Our Prime Minister attended a rally on Parliament Hill without having to tear gas or clear out protesters, and took a knee in solidarity with the protesters. I can’t wait to see those who find fault with it somehow. Because Trudeau Derangement Syndrome. #cdnpoli #cdnmedia pic.twitter.com/xrceqKnpLv

Trudeau and the ministers take a knee #cdnpoli pic.twitter.com/kAk9ogHYp7

All across Canada and the rest of the world, various protests and marches have taken place in solidarity with those protesting in the States.